Text description provided by the architects. Located in Cerro Alegre– historic conservation area, designated a World Heritage site and protected by UNESCO– Fauna hotel was first outlined as a heritage restoration project. The assignment consisted in reconditioning an 1870`s housing building to be set up as a hotel and restaurant. Two years later, we were in charge of the restoration of the neighboring house, with the purpose of providing more hotel rooms and restaurant surface.

The project consisted in the adaptation of the existing building to the new program intervening as low as possible the original structure. The objective was to recover the characteristic architectural style of Valparaíso’s houses, taking advantage of the complexity of the original distribution and without making significant changes to the structure.

The scheme consisted in the habilitation of a four stories high inner patio, to distribute the program around it. Six hotel rooms plus storage rooms and services were built on the first three floors and a restaurant with a viewpoint terrace was made available. The construction process privileged the reuse of materials and the rescue of vernacular techniques in adobe and wood, to show and place value on the office of the people who built the architectonic and cultural heritage of the city.

The request was the extension of the existing hotel and restaurant towards the neighboring house. The joint was made through a shared wall that connected the four levels of the two houses. The project, just like the first stage, consisted in making available an central lighting space around which the program was distributed. The rooms were planned facing the sights of the city and the services towards the interior.

The two illumination spaces were aligned, displaying a central axis in the connection of both houses. The structure of the restaurant on the fourth floor was made lighter by using metal profiles, creating a light and transparent volume that enhances its viewpoint condition. 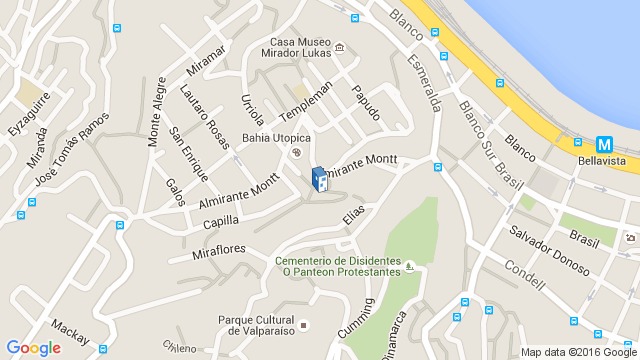 Location to be used only as a reference. It could indicate city/country but not exact address.
Share
Or
Copy
About this office
Fantuzzi + Rodillo Arquitectos
Office
•••