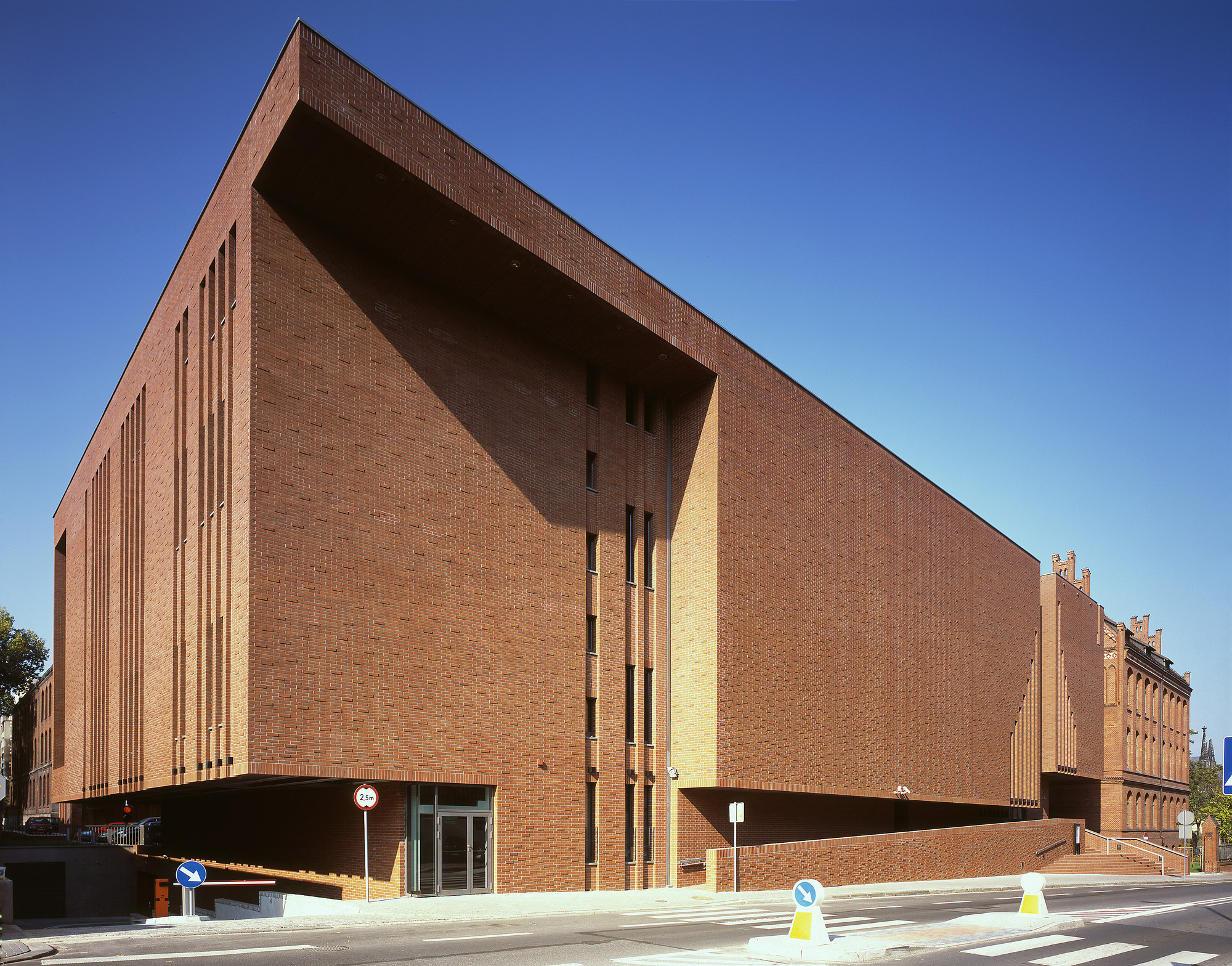 Text description provided by the architects. Musical Academy in it’s final shape, after extension carried out in 2005-2007, creates a new fragment of the city’s dense urban structure. The new building consists of two main blocks housing respectively administration and library rooms, and auditorium hall. Its architecture creatively continues the spatial language of the historical main Academy building. It follows its outer volume dimensions in south-north axis. South edge is a line marked by a layout of didactic building. Implementation of this urban concept results in creation of two spaces:

- an open one which forms a courtyard near the rector’s office. - a closed one, the glazed atrium housing foyer and garden.

- official – auditorium hall and foyer (east side) Main hall Inner hall with foyer is a space where the main functions concentrate. The hall is one of the first cov- ered public squares in Katowice. It is a multifunctional space with a flexible arrangement and its par- ticular areas can serve as a lobby, small auditorium or exhibition space. Auditorium hall The main concept of the hall was that it should be adjustable for various kinds of concerts and performances, from very loud (organ music) to intimate climate of cameral concerts. To achieve this goal the hall was designed as the “double-layered” hall , surrounded by reverberation space that could be joined with the main auditorium space by means of movable panels. It’s the first such auditorium hall in Poland. Other functions The complex supplements missing functions of Academy. Library, rehearsal rooms and recording studio, administration rooms, dressing rooms, conference room, hotel and underground car park are being placed in a new building. Summary Thanks to extension of Musical Academy Katowice regained a fragment of its space. Main hall is accessible for all citizens and it let them enjoy the urban life all year long. 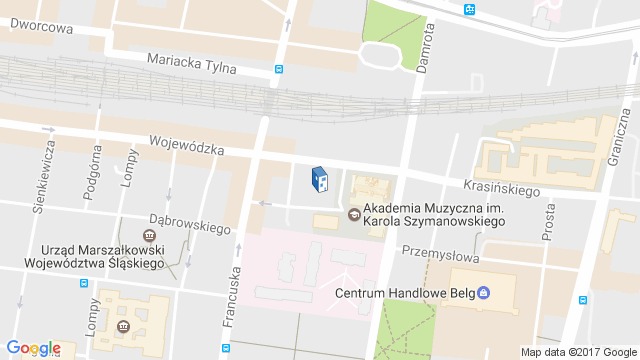