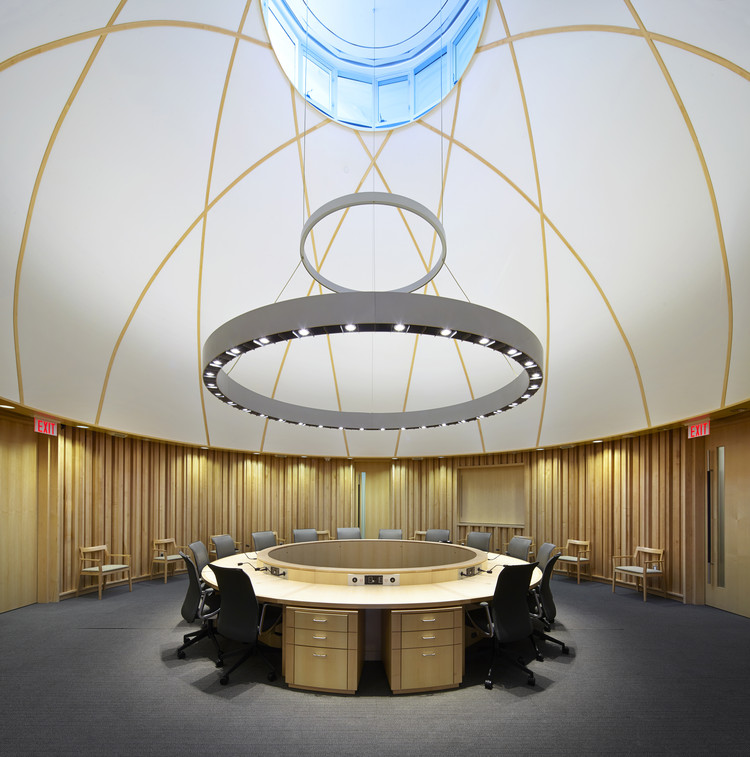 Text description provided by the architects. This new Design-Build-Finance-Maintain project for the Ministry of the Attorney General and City of Thunder Bay re-imagines the courthouse — capturing the spirit of a community, while establishing a new direction for future court facilities

On April 23rd, 2014, officials gathered in Thunder Bay for the ceremonial opening of the City’s new state-of-the-art courthouse designed by Adamson Associates Architects.

This 23,225 sm (250,000 sf) project consolidates Thunder Bay’s two existing courthouses: the courts of the Superior Court of Justice and the courts of the Ontario Court of Justice into one contemporary, seven-storey building. Located in Thunder Bay’s downtown core, the new courthouse improves access to justice in the area by increasing the number of courtrooms available, improving health and safety standards, and providing better public access and security.

The new courthouse represents a significant commission of public space and its prominent site at the heart of Thunder Bay’s downtown core represents an expression of confidence in the potential for urban renewal of the community. At a regional level, the project makes several bold gestures responding to the powerful natural landscape. Just as significant though are the civic scale interventions, which address not only the current context, but set the stage for a vibrant urban renaissance.

The building occupies an entire city block and the design of each of the principal frontages responds directly to its context: Brodie Street, the local high street, serves as the formal front and the building massing is adjusted to reflect this significance. A ceremonial public outdoor space is provided at the corner of Brodie and Miles, creating a northern anchor to this promenade. The courthouse’s public entrance is accessed from this space as well. The configuration of the open space amenity is integrated with the existing Patterson Park, setting the groundwork for a future network of well-used public spaces. Miles Street, along the northern boundary, is of a hybrid nature: low-scale existing building stock, suggesting more traditional modestly-scaled urbanity juxtaposed with higher volume vehicular traffic. In response, the building mimics this massing but introduces a landscape buffer creating a pedestrian promenade.

Located on the northern shores of Lake Superior, Thunder Bay is known for its dramatic landscapes and for the natural beauty of its surroundings. One of the challenges faced by our team was to create a harmony between the building’s design and its physical surroundings. To meet this challenge, our team looked to Thunder Bay’s natural environment for inspiration. The landforms of the Canadian Shield surrounding Thunder Bay are echoed in the building’s form. Stone and wood are used prominently at the building’s base — both for their durability and for their symbolic value — suggestive of gravity and permanence befitting an important civic building. The predominantly glass tower that surmounts the base features a glazed curtainwall with textured articulation on the building’s north face, designed to evoke the region’s many waterfalls. A civic plaza on the site’s northeast corner serves as a ceremonial space of assembly for the courthouse leading to the public entrance.

A careful consideration of public space informs the design at every level. The grand, 1,200 sf civic plaza offers the first introduction to the new structure. The ground plane is defined by the placement of granite stone in a simple running bond pattern. Within the building, the two-storey glazed public entrance opens onto a generous lobby faced in natural stone and filled with natural light. This spacious central atrium is a critical part of the building’s intuitive wayfinding solution. The creation of a logical and intelligent circulation plan was pivotal to the design. North American courthouses must incorporate three internal circulation systems — public, private (for judiciary and key staff), and secure (for the transport of prisoners and those in custody) — which must convene in the courtrooms yet cannot overlap. The challenge for the designers was to create a logical circulation plan that addressed met all programmatic requirements.

Fenestrations were carefully considered in order to take advantage of the many significant views including the Sleeping Giant, Mount McKay as well the urban features including the courthouse square. Interior spaces, especially those in the office administrative area, are organised to support wayfinding with minimal signage and to take advantage of daylight and views to the surrounding landscape.

Targeting LEED® Silver, the building is connected to its exterior environment through a number of strategies; for example, large windows have been placed adjacent to the outdoor garden flooding the building with natural light; and interior space has been situated in such a way that it tracks solar movement throughout the day and maximises daylight.

Aboriginal input was crucial to the design from the project’s earliest stages. Elders and leaders of various native communities were consulted to solicit their ideas for the courthouse in the context of their traditions. The result is a unique civic project that reflects and accommodates Aboriginal culture. Included among the adjudication spaces is Ontario’s first Aboriginal Conference Settlement Room (ACSR), designed to give a stronger voice in the justice process to First Nations, Inuit and Métis people.

The ACSR is a culturally and architecturally relevant space where aboriginal traditions are acknowledged and understood and where court matters such as case conferences, pre-trials, and family and civil hearings can be dealt with in a way that supports the healing process. Located on the ground floor of the courthouse, the space is circular in design and features a stone hearth at its centre which will be used for smudging ceremonies before the start of proceedings. The room was designed in consultation with ministry policy advisers, court representatives and members of Aboriginal communities. In a nod to the significant role the courthouse traditionally played in the civic and social realm, this space will also be used for community functions.

Universal accessibility is accentuated through the 15 barrier-free courtrooms including barrier-free public access to courtrooms, barrier-free witness stands and jury boxes, along with infrared hearing assistance and Braille signage. In addition, most courtrooms are provided with simultaneous interpretation including one permanently built into a jury courtroom.

The result is a thoroughly modern building that looks to the past in its embodiment of the permanence, grandeur and civic authority of the Courthouse, while hearkening to the future with an innovative and sustainable design that furthers the delivery of justice in Ontario. 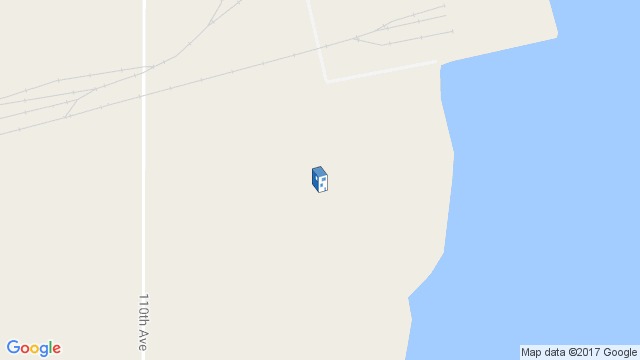