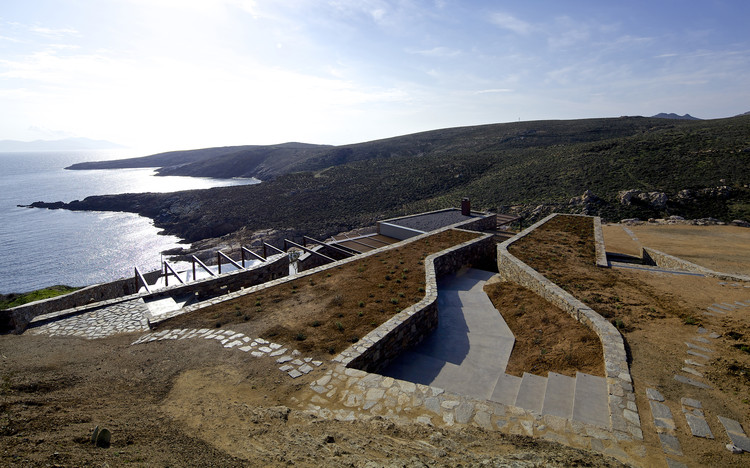 Text description provided by the architects. The rocky slopes of the Cycladic landscape are dominated by the picture of a complex consisting of longitudinal dry stonewalling whose function is to hold in the precious soil on the terraces formed there.

The house has been designed as a composite 'terrace' on a steep slope. The dry stonewalling here is transformed into a tool of composition which defines the enclosed spaces, shapes the courtyards, gives protection from the northerly winds, and frames the view, thus creating a complex of interior and exterior spaces, in sequence with the natural flow of the slope.

The oxidised IPE beams which were chosen for the construction of the shades, and for more general use, are a continuation of the island's history (mining of iron ore). By means of the use of stone and iron, in combination with floors of tamped cement mortar in an earthy colour, the 'disguising' of the house was the aim. This logic is reinforced by the creation of 'dug-out' areas, on the roofs of which edible plants grow. These, together with the olive-trees, the oleanders, and the bougainvilleas which grow in the surrounding area, contribute to the visual continuation of the landscape.

Another reality to which the design of the house had to respond is the strict terms of building which prevail in the islands of the Cyclades. The height of buildings must not exceed one storey, the consolidation of all the premises into one compact mass is mandatory, while large apertures and cantilevers are prohibited.

Importance was attached to the creation of differing qualities of exterior spaces, given that life on the island is largely lived in the open air. Roofed, enclosed, and sheltered areas are distinct, whereas others are free, exposed to the sun and the wind. All of them communicate with one another, thus composing the route down to the sea.

The composition of the enclosed spaces was carried out with the typology of traditional Cycladic dwellings (known as katikiés), in which spaces of small dimensions, frequently of an irregular shape, are laid out in a row, with scope for later additions, as a criterion. 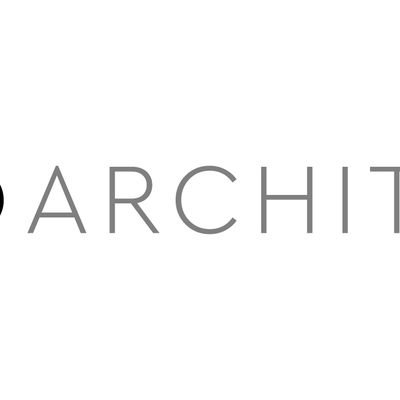