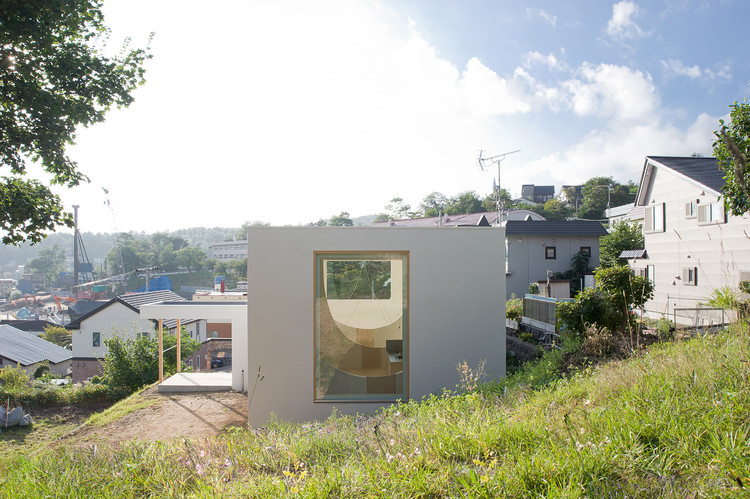 Text description provided by the architects. I think that the program of a residence is made of a small thing which cannot be expressed by language one by one. The general act in a residence, for example, eating, reading a book, sleeping, which considered clearly made to language is also made of continuation of a small thing. I thought that the form for such a nameless programs was required.

People put various thoughts in a mountain and lake which form is not made for man. And nature accepts all such thoughts. Also in architecture, I thought that space which responds to the ambiguous occurrence which happens in a residence will be made if a line can be abstracted as if there is no intention.

The partition wall which can not understand why it has become so makes private place, public place, closed place, open place simultaneously, always leaving the space of the big upper part. It solves the usual program and left a space for nameless programs. This partition line does not bear only a certain specific function, but I think that it becomes the form always opened to other various functions.

The house where those who live here can write a scenario freely so that natural forms may be so.