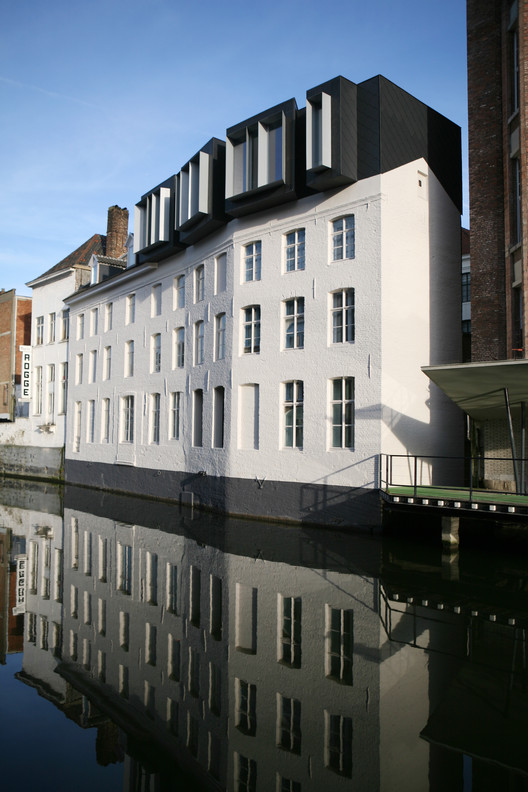 Text description provided by the architects. The decision by the city of Ghent to establish its department of culture in an old warehouse on the river Leie was intended as a bold statement. By situating it at this particular site, a new axis is created, that runs perpendicular to the main commercial axis in the city centre. In order to ensure that the architecture communicates directly with the city, an explicit language of forms was used. The new bay windows on the roof level facing different directions, and the transparency of the ground floor layout are intended to stimulate this communication. It was our explicit choice to open the courtyard to the public and reshape it into a place for people to take a break and rest. Inside the building, a box office was set up on the ground floor. The first and second floors accommodate offices and the third floor is a multifunctional space. What remained of the old warehouse has been restored and put in contrast with the new office interiors and library. 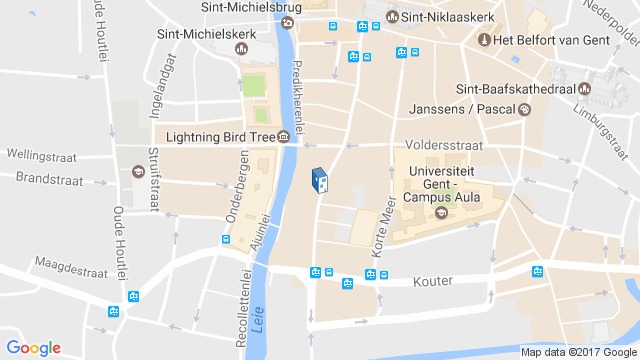