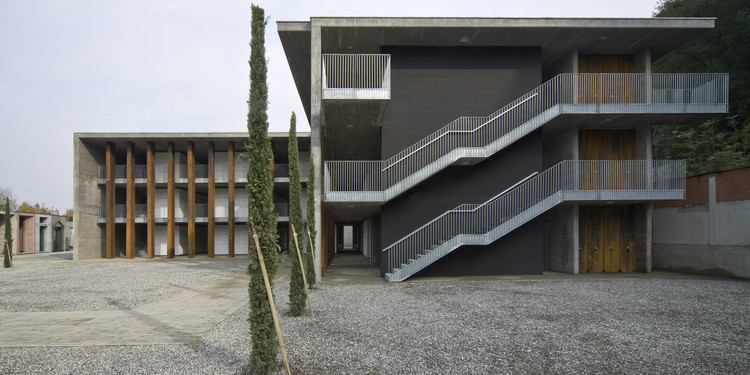 Text description provided by the architects. The cemetery of San Mauro Torinese is extended in its west side, at the feet of the Superga hill.

The area intended for building up is defined from one side by an elevated wall and in the other side by some funeral chapels, built close to the existing cemetery. The project, developing the preliminary design made by the Municipality, develops a 3 floors open court building. The expanding area was divided in two lots, the part now built stands on the first one.

The strong point of this building are: the flat roof that becomes façade, as a folding surface; the series of full-height columns, lined by cor-ten steel, describing a yard; the external walls covered with cor-ten plates with staggered joints.

The north façade is covered with Apuan cloudy marble sheets, whereas the west one is defined by different protruding elements, as stairs and balcony. All this parts perfectly slot in the second half of the building, when it will be built. The last column, on the limit of the first lot, is aligned to the ledge and it is not covered. This element ends the layout proposed and signs the joint between two different building phases.

The columns surrounding the court look like totally independent from the construction, emphasizing the monumental nature of the building. Indeed only a steel plate connects each column with the floor slabs.

Each column is covered for 3 sides with a folded cor-ten steel sheet, with different section according to the height. A tick railing made of zinc-coated rods is fitted between the slab and the columns, highlighting the estrangement between columns and floors.

The construction is totally built in finished concrete, plates of sand Carrara marble are used for the graves, fixed to a steel structure.

In all the court, the future graveyard, grey gravel is set down. Three cypresses mark the court entrance and other nine are taking the place of second part of the building, keeping the same distance between each other as the colonnade. 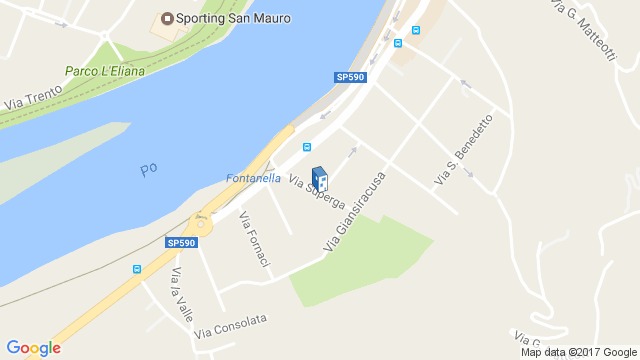