Save
Building no. 8 / Skälsö Arkitekter 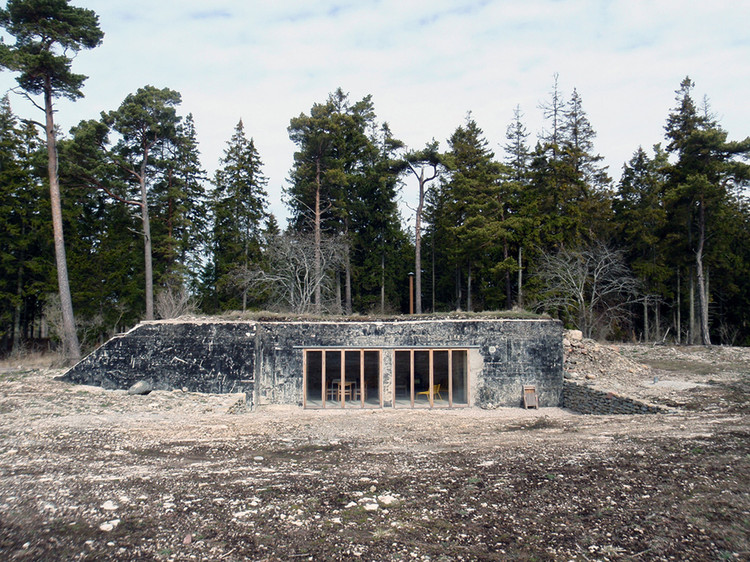 Text description provided by the architects. Building no. 8 was built as a part of the developing of the Bungenäs area in the north of Gotland. The site is a former lime stone quarry and abandoned military area, containing many hidden bunkers and secret underground rooms.

One of these bunkers was picked by Skalso architects to serve as a summer holiday house for a small family. The bunker had been built and used by the military as a mechanical workshop and is located in the middle of the peninsula.

The bunker was chosen because of its location; with its main façade towards south and the sea.

To get daylight into the house holes were cut out in to the thick concrete walls and replaced with glass doors. The main entrance is still the same as the one used by the military.

In front of the building, an inner courtyard was added; by digging out the existing limestone and reuse it to build the surrounding courtyard walls. The placing, digged down in to the ground, is to create a micro climate.

Regarding the interior, as little as possible is done. The existing concrete walls, floor and ceiling is washed, but kept. The new kitchen is freestanding and some of the furniture is still remaining from the military. A fire place is added, also a simple but functional bathroom.

The house is now used as a private summer holiday home. 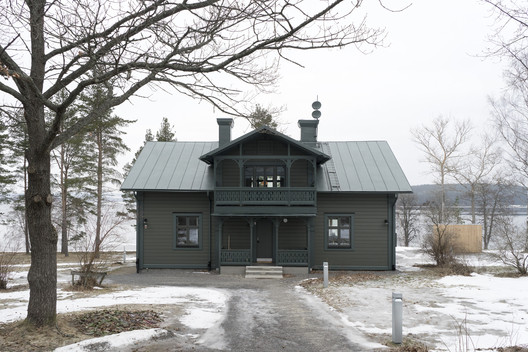 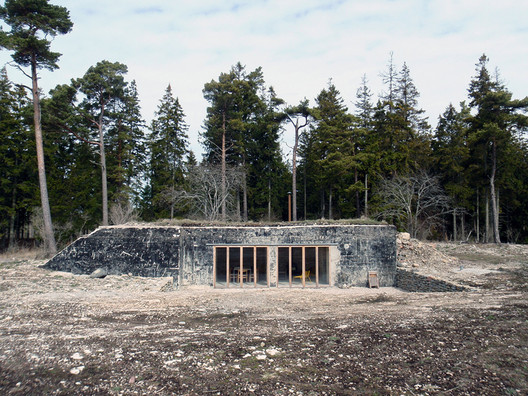