Save
A Drone's-Eye-View of Dubai: Drone Flies Over World's Tallest Building
Share
Or
Copy

Check out the awesome video above in which a souped-up drone soars over the Burj Khalifa (the world's tallest tower), filming unbelievable aerial views of fast-developing Dubai. The drone, which has an extraordinary range of up to 3 kilometers, is flown by Team BlackSheep, who have many similar videos of cities such as London and New York on their YouTube Channel. Enjoy! 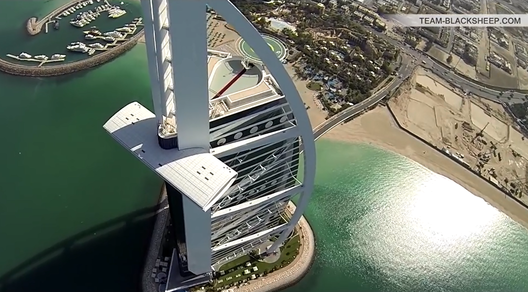