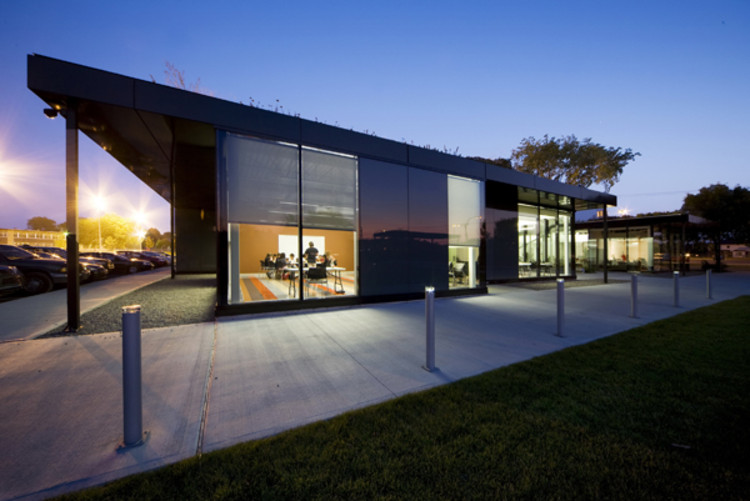 Text description provided by the architects. The Pierrefonds-Roxboro borough located on the west end of Montreal's island contains a population of more than 65 000 inhabitants on a 30 kilometers strip of quasi suburban character. It shows a wide socio- economical diversity with more than 30% of tenants, 60% of allophones and 16% of its citizens living under the level of poverty.

The proximity of a train station , a school, a youth center and a park along the boulevard Gouin led the municipal authorities to implement a new community center facilitating the integration of new citizens with the help of social organizations and volunteers. The center includes a multipurpose room for 150 persons, classrooms of different sizes and a communal kitchen.

To avoid institutional stigmatization, the project adopts the morphology of commercial buildings built along the boulevard during the last few decades: a e one story building with large fenestration and a overhanging roof on small columns. This voluntary simplicity enabled us to provide the project with a green roof, an outdoor bandstand and a stage-house with a motorized technical grid even though they were not envisioned in the program.

Using thenotion of camouflage, the project explores the possibility to formulate an architectural language suited for a public building at the crossroad of vernacular commercial buildings and the miesian ideal.

A cladding of silicon coated glass panels and a glossy powder coating on aluminium plates were chosen for their resistance to graffiti. The building remains, a few years later, pristine and untouched by the expression of resentfulness on public property. The authorities were concerned by the apparent frailness of the project that doesn’t rely on the robustness of masonry to resist abuse. We like to think that this defensive attitude may be perceived as a form of provocation by those who just want more justice and beauty in this world. 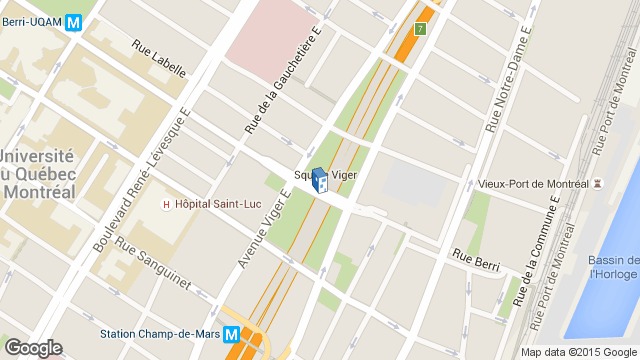 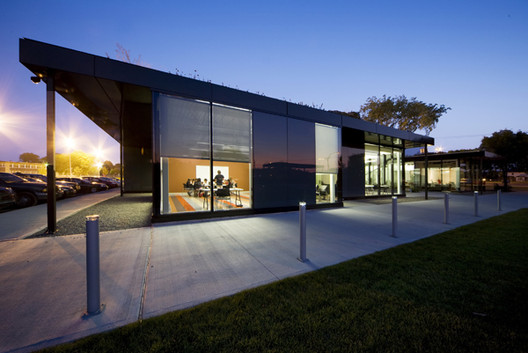