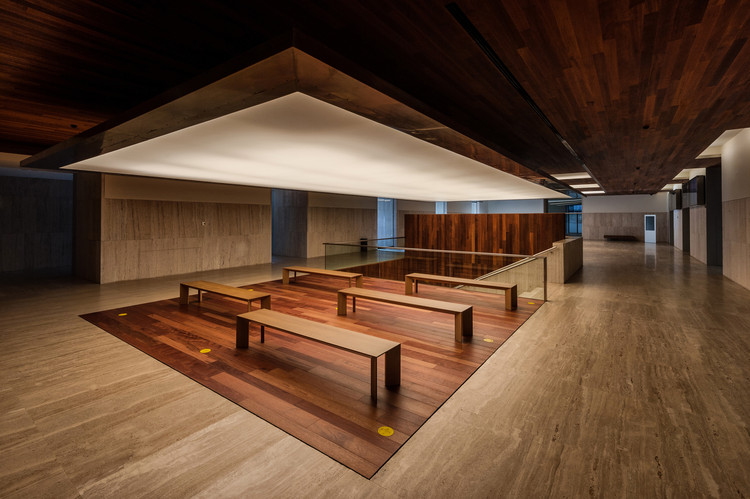 Text description provided by the architects. Two months ago, on March 31st, the opening ceremony of the new Museo Arqueológico Nacional took place. There is no doubt that it was an event that had been long waited for. A clear example of this, is the large amount of visitors that it has attracted during the first couple of weeks. A figure over 5000 visitors per day. Even though the museum has only been closed down for two and a half years out of the six that the construction lasted, it was clear to see that the re-opening generated a lot of expectation.

The re-construction started on the year 2008. The studio Frade Arquitectos managed to renovate the Museum giving it a more efficient utilization for the public. The visitors’ ease in the use of the museum was one of the most important aspects of the new design.

The public will be able to find a new museum that has not forgotten its roots. Moreover, it very cleverly takes advantage of its previews design, of great historical importance. The old building was the “Palacio de Biblioteca y Museos”  and was built at the end of the 19th century. The museum today combines features of the old design but also improves its architectonic value in terms of communication and aesthetics.

The patios have recuperated the importance they once had. They have become useable areas due to the installation of crystal covers that has taken place. They now exhibit the largest pieces of the museum. Both patios are spacious and bright areas that facilitate the visit by working as reference spots within the reconditioned current design.

The project not only respects the old building in architectural terms but also the design of the museography has been developed trying to adapt it and link it to both, the historical and the new features of the current museum

The museography is patterned after the architectural project, using similar materials and following its simple and sober style. The aim was being able to exhibit and explain the museum collection in an intriguing and interesting manner and at the same time elude rigid and short-lived designs.

The result is an open museum. It welcomes the visitor and opens its gates to the city by means of its architecture that boosts the building’s nobility and the institution itself. The Museo Arqueologico Nacional stands out for the quality of its architecture and its spatial comfiness. Two remarkable strenghs. 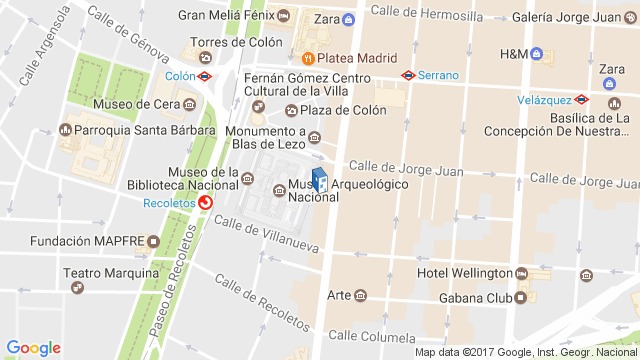 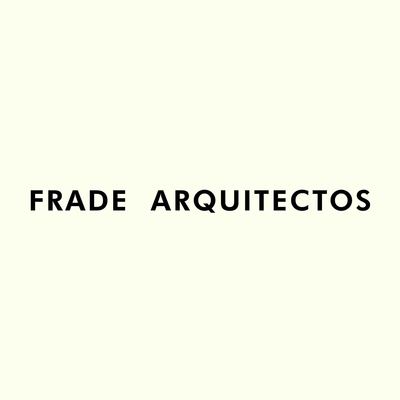