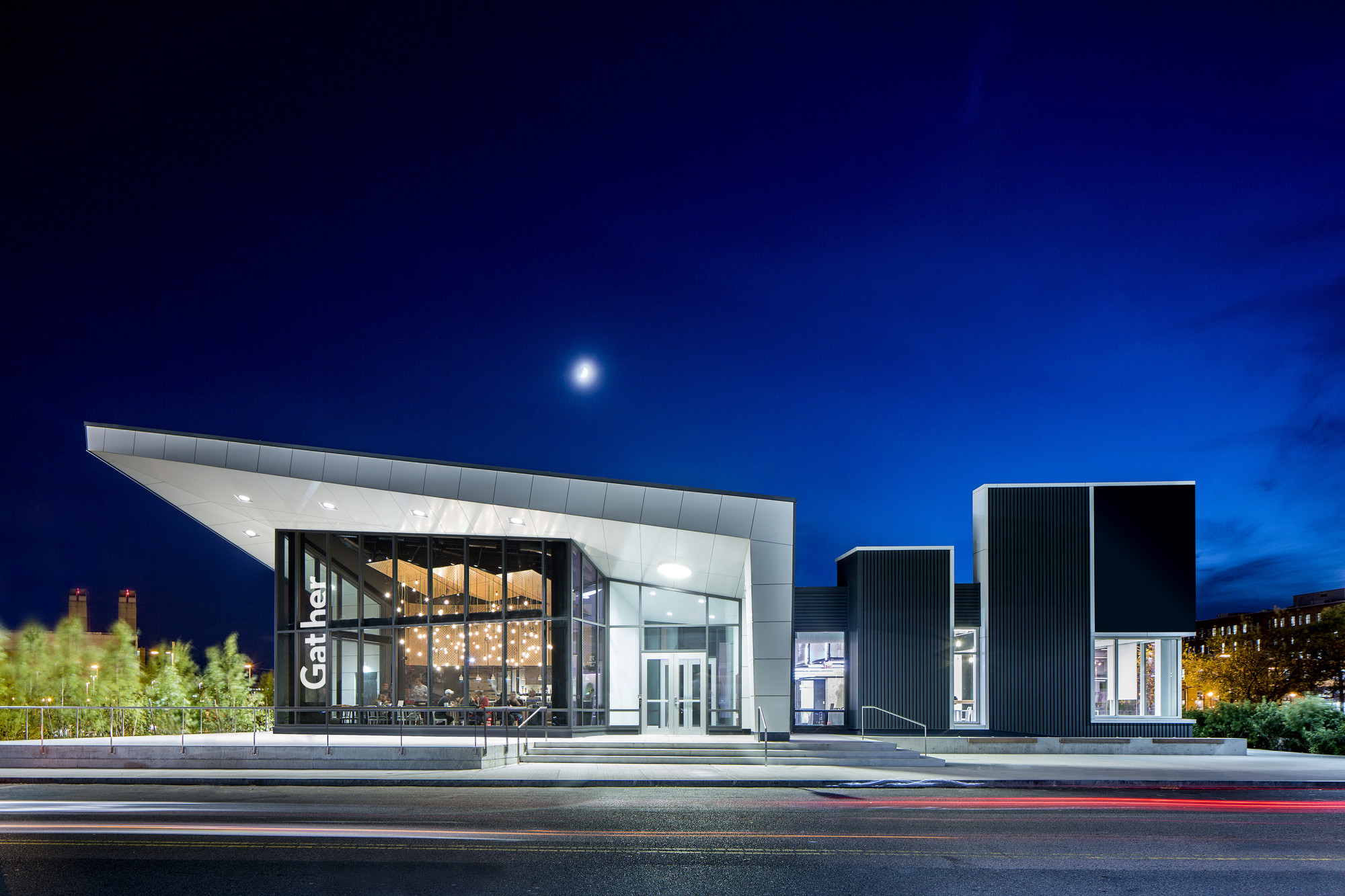 Text description provided by the architects. Opened at the end of October, District Hall is the world’s first freestanding public innovation center, a single-story pavilion dedicated to gathering the innovation community together. It is the first project built for Boston Global Investors' 23-acre waterfront development, Seaport Square. The building is located in the heart of Boston’s Innovation District, a thousand acres of the historically industrial South Boston waterfront that has been transformed into an urban environment that fosters innovation, collaboration and entrepreneurship. District Hall will serve as an anchor in this emerging district, a new kind of public infrastructure for the 21st century economy. The building is located at a natural gathering place between the Institute of Contemporary Art, a new public marina, bike-sharing and transit stops, and several parks on Boston’s rapidly developing waterfront.

The 12,000 SF facility will provide space for promising companies and executives to meet and exchange ideas and to host business and social events. It will include a restaurant that will be open to the public; a flexible assembly space with a capacity of 250 seats; a gathering space with lounge seating and worktables; and several flex spaces called "pods", meant to support a variety of uses, including pop-up retail shops, meetings, classes, and exhibitions.

Built on the site of the former waterfront rail yards, the building's architecture is inspired in both material and form by the industrial and nautical uses that characterize the area. The building has two basic elements: a long low bar that references the train cars that used to fill the rail yards, and an angular shell that picks up on the materials and shapes of the boats and warehouses of the shipping industry.

The interior is designed to be extremely flexible and support events of all sizes for many different industries: everything from hackathons to cocktail parties, from keynote lectures to startup showcase nights. The space is outfitted with flexible and interactive components that reinforce the intention of creating a hub for the innovation community to meet and exchange ideas.  Writeable wall surfaces by IdeaPaint, easily reconfigurable furniture by Hawthorn, and programmable lighting created in partnership with Philips Color Kinetics all work together to allow users to customize the space. Versatility is also designed into the structure with design features that make it easy to divide large rooms into smaller spaces, add extra exterior doors to make new spaces publicly accessible, or easily hang artwork or technology installations throughout the space on a rotating basis.

The landscape, by Reed Hilderbrand, mediates between the building program inside—business incubator, conferencing, and hospitality—and the busy city beyond. District Hall is set within a successional landscape of native plantings, including a shrub thicket to buffer the current parking on the west, and a tall fescue meadow with a grove of native gray birch shading the new ICA connector. A raised dining terrace projects out from the building's café into the landscape toward views to the harbor. The District Hall landscape prefigures the world-class urban public park, Seaport Green, that will become the defining public feature of the Seaport neighborhood also designed by H+A and Reed Hilderbrand, and scheduled for completion in early 2015.

District Hall is a result of a partnership between the City of Boston, Boston Global Investors, and the Venture Cafe Foundation. When Mayor Thomas M. Menino set out the vision for the Innovation District in 2010, he called for the creation of a central gathering space for innovators and entrepreneurs to connect with each other. The building was built by Boston Global Investors in partnership with the City of Boston and the Boston Redevelopment Authority, and will be operated by the Venture Cafe Foundation, an organization that supports start-up ventures in Kendall Square. The building is home to a restaurant and coffee shop operated by the Briar Group. 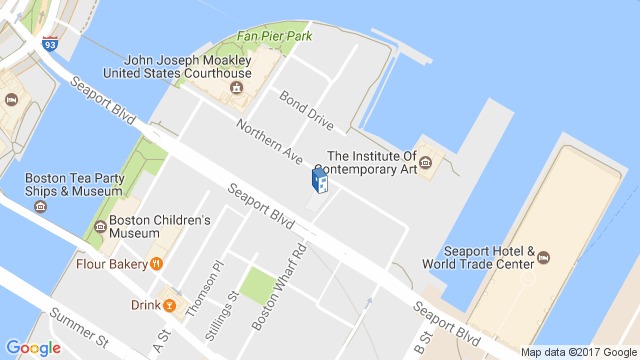