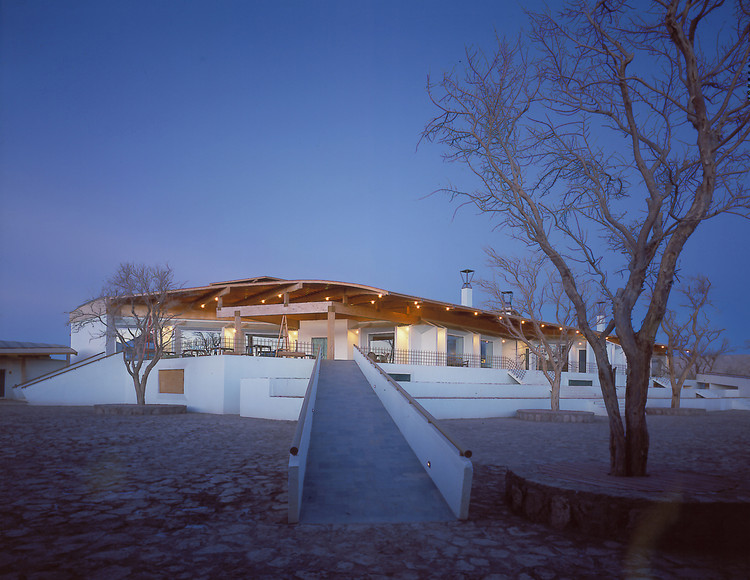 This Hotel invites travelers to stop wondering, and make a fruitful pause. Life, dispersed in Atacama's vastness, is somehow present at the hotel, inviting visitors to go out and experience first hand its natural and cultural richness, and return every evening back to comfort, free of the sheer tasks of survival.

San Pedro de Atacama is a 34,000 acres cultivated oasis, inhabited for more than two thousand years, in dispersed neighborhoods called Ayllus. The colonial town was founded instead, by the Spanish conquerors, as a square grid of long streets around the main square.

The hotel takes some distance from existing settlements, to found a new town in Atacama.

It also follows the pre-Columbian tradition of buildings that stand isolated in big public squares, establish multiple relationships between them and nature, and create towns without the use of streets. The Hotel buildings are a sequence of interior and exterior places, as happens in other small towns in Atacama, where the public and the private are not very well defined . Disperse buildings, that form the Hotel, are intended to be experienced as one, and individualities spared.

Guest rooms are raised 3' over the ground level, to gain independence from the immediate fields, and have a view of the whole oasis, and the mountains, and the plains beyond it, to inviting unlimited horizons.

The soft interior penumbra gives a rest to the eyes after a day spent in the sunshine, and makes one want to stay inside, to enjoy the remains of the day. Light washed the wooden ceiling, and is dispersed evenly through the interior, to avoid dark spaces.

The broken lines and hesitant forms of buildings make for a vibrant sequence of light and shade, an apparently gives life to things.

To temperate the place, water runs through, plazas, and terraces, while breeze cools down in the void space between roof and buildings, or under soft shades of winding corridors.

The generosity of the space available is present in architecture, with the dignity and proportion appropriate to a building, that is more public palace than a big house.

Architecture , in Atacama is challenged to get strength out of weakness, and joy out of the essentials. To relate the hotel with the culture of the place, the trembling beauty of its arts and crafts, is included in the project, as wrinkles in an interesting face, to let it mysterious perfection, that sometimes may be hidden by make-up, come in sight and in appreciation.

Thus, Architecture may capture the lightness of precarious building which don't pretend to be definitive; the grace of ruins that every one interprets at will; the vagueness of broken line walls that enclose the space gently, because their forms are determined by real needs of life, not be abstract certainties.

The eventful nature of life in the remote, is somehow revealed, when one motionless contemplates the apparent change of things. When quiet, one is attracted by the movement of light that, like ocean waves, or fire flames, leads to nowhere. Forms that come and go away, appear and disappear, in constant fascination.

Colour in Atacama is spread around, in the materials that one touches, like windows, doors, and furnishing; while walls are painted white, to be dusted with time by the wind. Colour captures light in the interior penumbra, and makes still matter apparently alive.

As the walls of buildings take their toll of dust, and the blue, gold, and orange stained doors, and windows vibrate with light against dull coloured surroundings, the place starts to feel as if it was inhabited.

An empty room in the ground floor is always closed, as a reminder that one cannot become fully aware of everything. 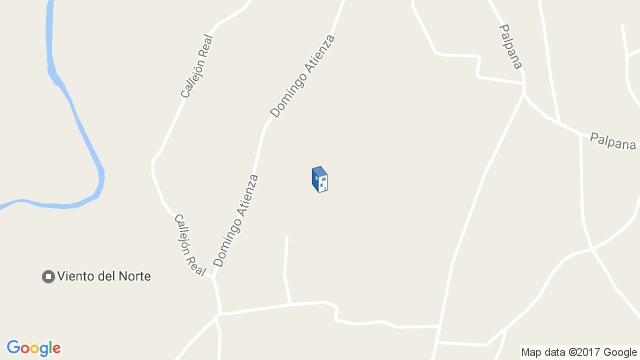 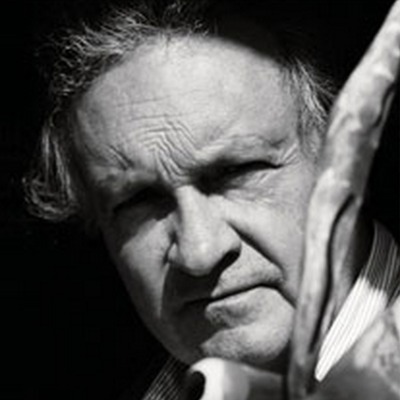