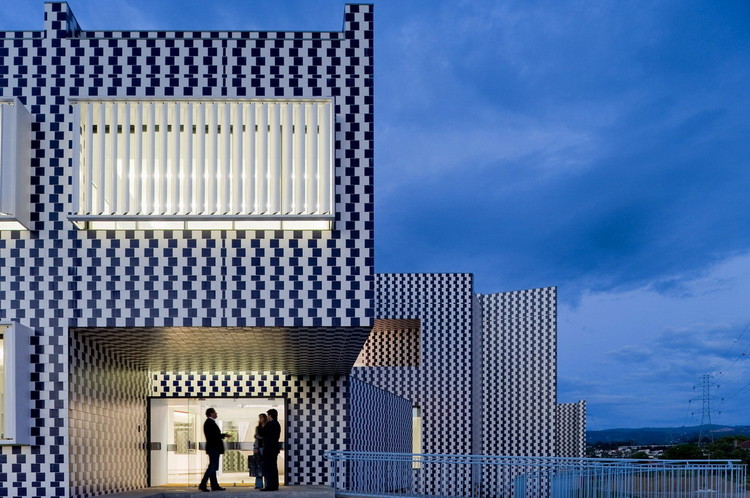 Text description provided by the architects. The building, an initiative of the Instituto Empresarial do Minho (Minho Enterprises Institute), is located next to the busy and noisy Braga road (EN 101), at the beginning of an almost flat area.

The North and East limits of the plot face a panoramic view that includes a stretch of meadow framed by a solid oak forest (which border the river Homem), with the Gerês mountains in the background. From the South, the neighborhood is the last yard of a set of private family houses which are the mainly "image" of the Road 101.

We have tried that the Enterprises Incubator (given the limited area of its small plot and the proximity to the Road) could have created a protected environment, conducive to the activities that would take place in it.

The whole, with just over 2,000 square meters, is divided in two floors that are developed in two wings, fulfilling a kind of a "L", following two strong directions of the site and having the atrium as the rotating point. One of the wings, moreover, is aligned with the existing houses in order to conclude that front with some consistency.

We did converge to the atrium the more collective areas of the whole (the secretarial office, the waiting room, the bar, the multipurpose hall), reserving the “incubation rooms” for either side of the longitudinal corridors that divide the two parts of the building. The second floor repeats, from the atrium void, a similar scheme, with the multipurpose hall and its double high capturing some indirect light from the roof.

Although some incubation rooms are facing the Road or the neighboring land to the Southwest, most of them turn their windows to the strong, calm and protected landscape the two arms are framing.The windows are then differently treated: those facing West, were equipped with mobile vertical blinds, fastened to a metal case, protecting the glass from the harsh afternoon sun; those facing East and Southwest are shaded by generous inclined overhangs, fixed, in that case, and also in metal.

The entire volume is all over covered with white and dark blue tiles, in a slightly lagged chess pattern in order to provoke a fascinating optical effect that characterizes the whole, creating a strong and mysterious image that only after a big sign decodes.A whole, then, folded over the meadow and looking to Gerês Mountains, scoring a curve of the road with discrete personality and distributing, inside, simple and efficient spaces, spaces which are thematized by the rigorous constructive metric and that become merry by the intentionality of the light. 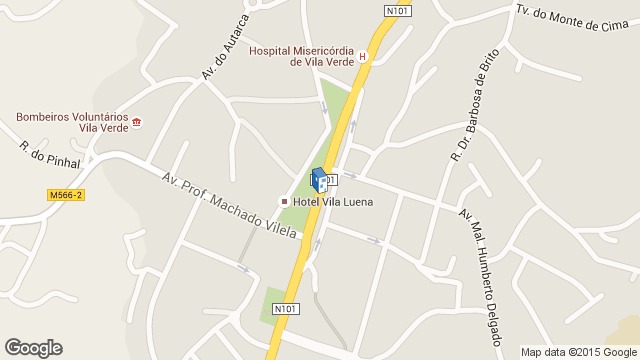 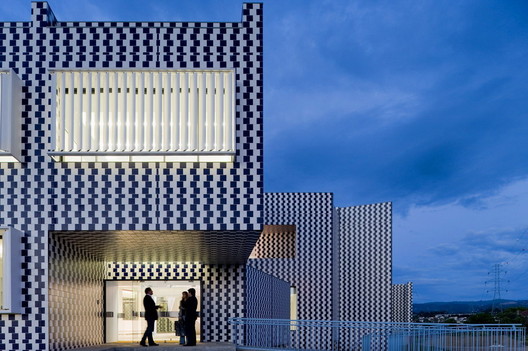