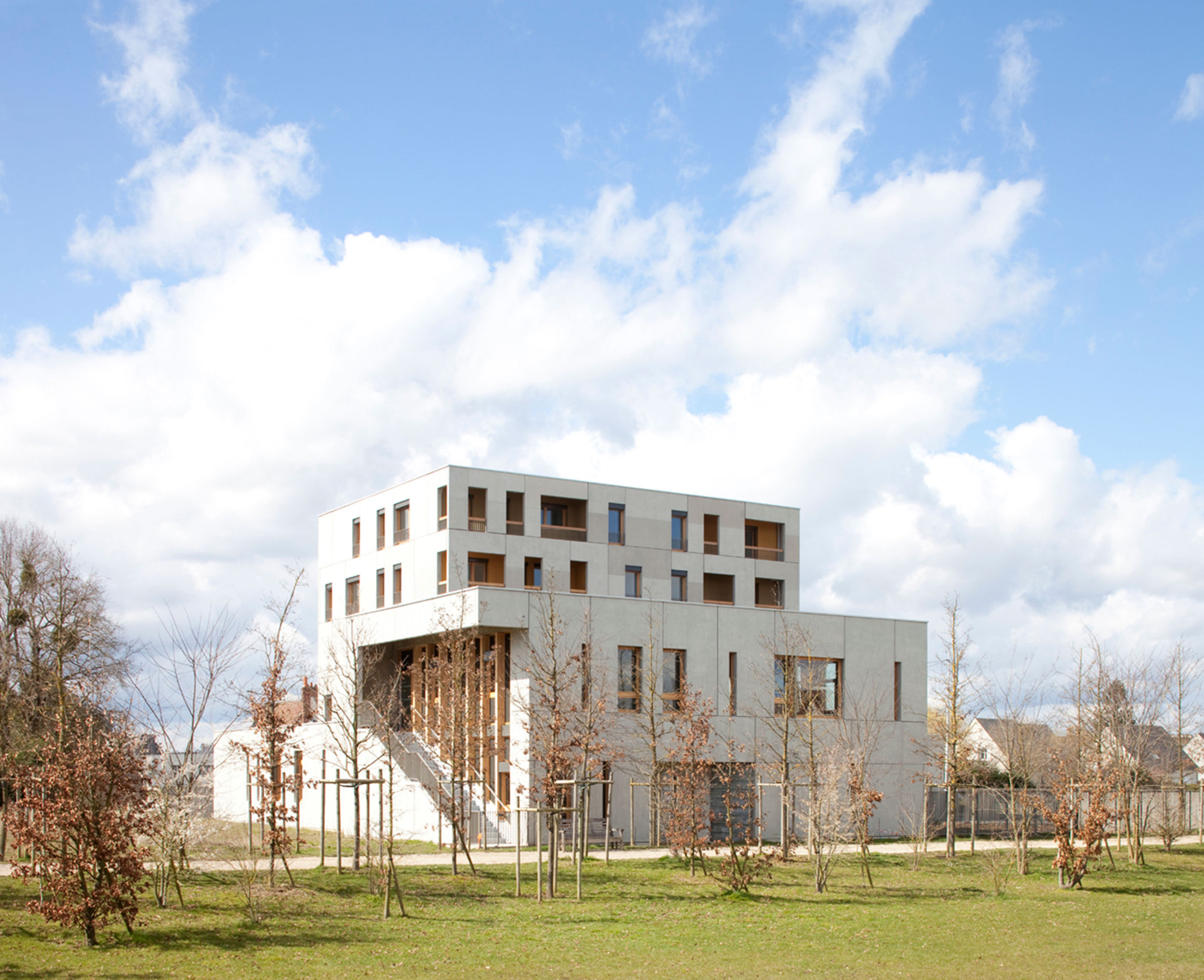 Text description provided by the architects. The public and community daycare centers flank the park and the promenade that enliven the neighborhood from north to south. This prefabricated concrete and wood building phase indicates the public character of the infrastructure, as it awaits other construction to come alongside to border the walkway.

The project is decomposed into several volumes that are disseminated along the rue du Père Goriot, providing a view inside the parcel by way of transparencies.

The distribution of the housing forms a separate edifice, with corridors leading to the two plots of apartment units situated on either side.

The daycare center is thus protected from conflicts of use with the apartments. It also has its own independent parking lot.

The mixed use program is expressed in the arrangements that direct circulation through the spaces created.

The first apartment building is made of textured pre-cast concrete panels, the second and third are being built in wood frame.

The compactness of the building and the thermal breaks along its entire perimeter ensure the required energy performance. 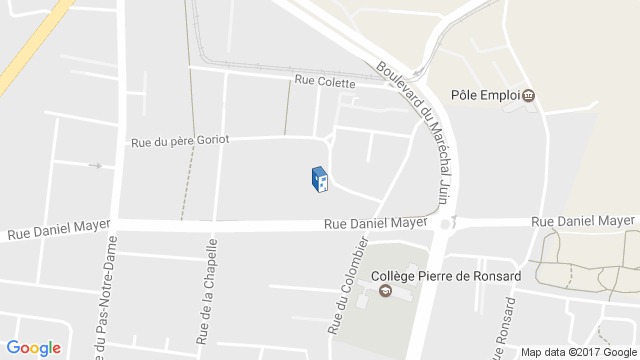