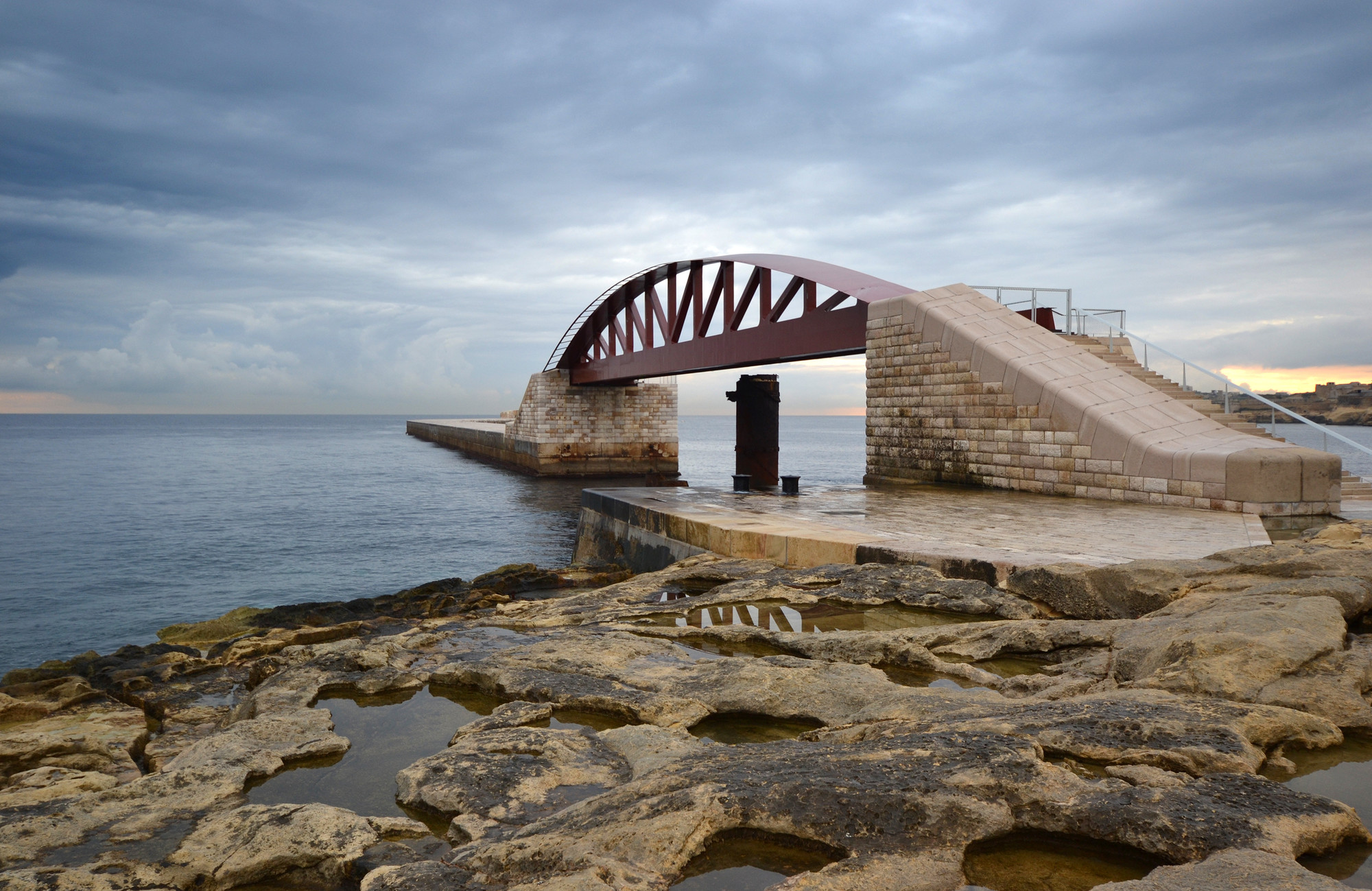 Text description provided by the architects. The unique Valletta Grand Harbour (today UNESCO World Heritage Site) has been used as a port since Roman Empire times thanks to its magnificent natural characteristics, with a number of inlets which provide adequate shelter to naval vessels. It served as a naval station for the Knights of Saint John from their settlement in the island to their expulsion after the Napoleonic invasion by the end of the 18th century. Almost immediately after then and until the 1970s, it served as a British naval station. The exceptional protection qualities of the natural harbour were increased during this period after the construction, between 1903 and 1909, of a breakwater consisting of two arms made of limestone and concrete bricks, which made the port suitable for all weather conditions. The Fort St. Elmo arm, the longer of the two, was constructed with a 70-meter gap in proximity to Valletta foreshore, in order to prevent water stagnation and to shorten routes for smaller crafts. Accessibility to the breakwater was guaranteed by a steel footbridge, erected in 1906, made up of two arched-truss beams supported by a pair of cylindrical steel columns filled with concrete. During WWII, in 1941, the footbridge was partly demolished due to an E-boat attack and subsequently removed altogether. The breakwater and its lighthouse remained isolated for more than 70 years, only accessible by boat, until the opening of a new footbridge in 2012.

Transport Malta organised, by the end of 2009, an international design-and-build competition for the design, fabrication, transportation into place and erection of a new footbridge located in the same position as the original one. The tender document imposed more design restrictions than usual, e.g.: the footbridge should have a single span with its geometry inscribable in an arch shape and should be supported by the existing (but refurbished) stone abutments; it should be made of steel with a timber decking, as the original bridge; it was compulsory to retain the existing remnants of central columns, but not possible to use them as a support; a structural-steel observation deck should be included at its breakwater end.

After reflecting on the historical, social and cultural context, the location, and the competition design requirements, we proposed a footbridge whose main structural element is a single 70-m-span classic arched truss with similar height to span ratio to those pertaining to the original bridge.This slender and elegant truss is aligned along the outer face of the breakwater while the 5.5m-wide bridge deck cantilevers out from its bottom chord. In essence, the transverse section forms an L-shape thus reinforcing the presence of protection walls on the open sea side of the abutments and their absence on the harbour side. This makes the deck of the bridge a continuous unobstructed observation platform facing the gorgeous Grand Harbour, while the truss provides sensation of protection from the sea winds to pedestrians. The asymmetrical section also ensures that the bridge is clear and distinct from the remaining standing pier.

The bridge was designed to withstand the harsh environmental conditions that exist on site. A high-quality long-lasting C5M-environment paint system was chosen for the protection of the steelwork. To avoid water accumulations on its surfaces and improve durability, closed cross sections with (atypical) triangular and trapezoidal shapes were used for the various steel elements, with curved truncated-cone transitions in the truss joints. Access to every steel surface for inspection and maintenance is guaranteed thanks to the easily removable components of the timber decking.

Linear LED floodlights recessed in the handrails or in the steelwork were used for all the lighting systems, not disturbing the overall view of the footbridge and its details, improving durability, and making vandalism difficult.

Second order effects and human induced vibrations were studied with special care due to the significant span, slenderness and unconventional cross section of the structure. In order to reduce accelerations due to vertical vibrations without using dampers, the interior of the harbour-side secondary girder is filled with non-structural concrete to increase mass maintaining the weight of the steel structure.

The design provides a contemporary solution which harks back to the history of the original bridge. It evokes the spirit of the past and at the same time provides an iconic landmark for the enjoyment of future generations. Thanks to the holistic architectural and structural design approach, the numerous project conditions were solved simultaneously and successfully, in an elegant and simple manner, with full owner satisfaction and within budget.

The footbridge was erected using a specialised Heavy Lift cargo vessel with cranes on deck in a similar way as the original one was. Restrictions in accessibility for cranes and trucks to site and the presence of the remains of the original piers in the plan projection of the structure, make this highly complex system the only possible one.The steelwork was manufactured in A Coruña (NW Spain) and then transported overland nearly 1,000km in pieces to the Port of Cartagena (SW Spain) where it was assembled and loaded on board the vessel, using its own 400tn derricks. It arrived in Valletta after a 4 day journey, but had to wait two weeks until the sea conditions were appropriate for the delicate installation manoeuvre from sea, which finally lasted 4 hours. 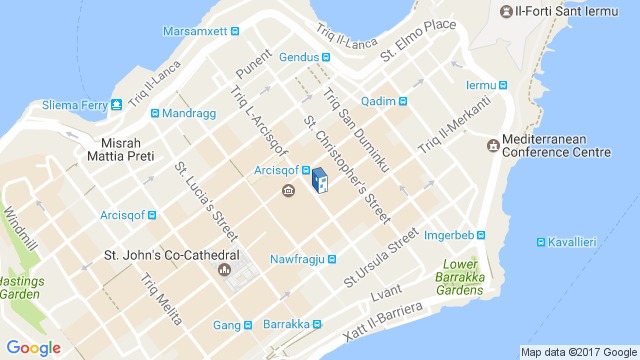 Location to be used only as a reference. It could indicate city/country but not exact address.
Share
Or
Copy
About this office
Arenas & Asociados
Office
•••