Text description provided by the architects. In our society we customarily perceive architecture as a luxury, understanding luxury as something valuable and at the same time scarce. We agree with the first component of the definition, but with respect to the second point, we as architects have probably not been persistent enough to build a better quality environment, nor inside or outside the Centres. Now if we define luxury as Bruno Munari does, we realize that, in general, high-level architectural production is associated with improper use of costly materials, which produce an equality gap to the extent that the benefits of good design can only be taken advantage of by those that can afford it.

Likewise, and in order to bring design closer to a larger percentage of the population, we have been working for some time to improve the relation between design quality and cost. To accomplish this, we started from the hypothesis that rational construction should define the laws of design and, therefore, we have opted to design projects that optimize the material conditions of building systems that are low-cost and technologically simple. Capitalizing on the dimensional properties of construction materials allows to take advantage of materials so as to reduce the times and costs involved in a work of architecture.

In the case of Hostal Ritoque, our conceptual concerns for good, low-cost design coincided with the equilibrium point between the client’s wishes and his budget. As often happens in Chile, wishes were lofty and budget tight. While it’s normal for industry outsiders to be unfamiliar with building costs, everyone expects the investment of their life’s work to meet all of the expectations their imagination can come up with.

So, in order to reduce costs and because the project was located in a rural area, we began the project by selecting local technologies and labour. In other words, we contacted the “tradesman” responsible for the construction typology in the area –simple architecture of sawn pine timber- and we created a catalogue of construction techniques based on the most common local solutions. This decision allowed us to reduce transportation costs and construction profit margins. Once we were well versed on the construction system, the second key aspect consisted of optimizing the dimensions of the most common length of wood. This measurement is defined as the width of the way of the different volumes that compromise the project. This decision in itself produced no savings but added value of adjusting spaces to a greater measurement than that of most constructive elements (2.4 m) did.

Hostal Ritoque is located in the far north end of the beach of the same name, were in the 70’s was developed the “Open City” of the Valparaiso School. The layout was divided into 5 independent volumes: three for two-story bays, one for service areas with common spaces and one apartment for the owner. They are each distributed in the floor plan to achieve independence between them, and the best orientation towards the landscape. 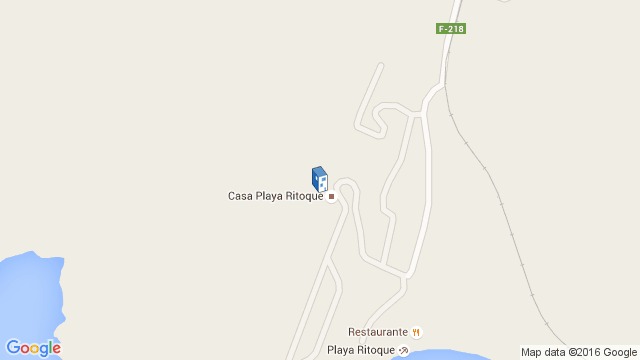