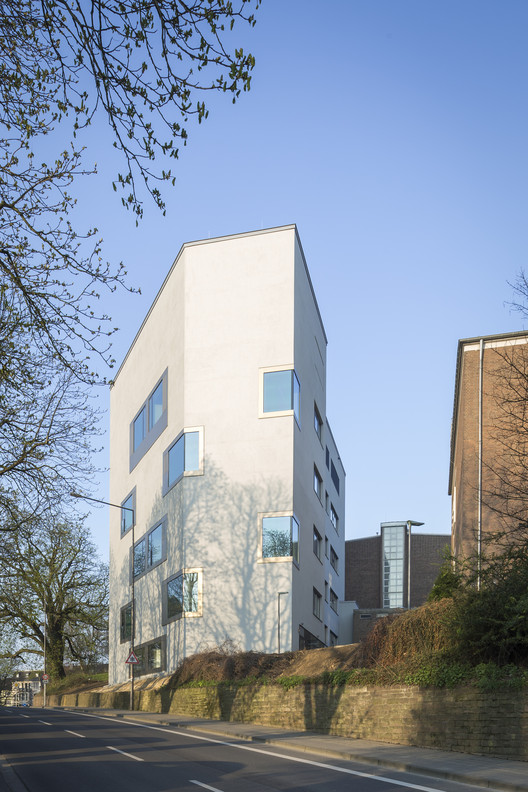 Text description provided by the architects. After a preceding VOF procedure in 2011, kister scheithauer gross (ksg) implemented the new ‘Chemiepraktikum’ building for RWTH Aachen. The client is ‘Bau- und Liegenschaftsbetrieb NRW’. The monolithic building functions as a cornerstone of the existing development and is thus decisively contributing to the formation of a ‘prestigious address’ of the Chemical Institute. Laboratory areas of about 1,500 m2 have been provided on a gross floor area of 3,720 m2. Since April1, students at the Institutes of Organic and Inorganic Chemistry of RWTH Aachen can now carry out research and experiments at 160 state-of-the-art fume cupboards.

‘Only at first sight the building seems to be a solitaire. Its polygenic shape precisely reacts to the urban planning situation and maintains the context through to the detailing of the material quality and colour of the façade. Sculpturally cut by the urban space, the plaster façade features a structure and flush punch windows in large metal frames, which form a contrast to the side façade. The building with a smaller floor area succeeds to achieve a new perception of the Chemical Institutes within the urban space’, architect Johannes Kister explains the design.

The building was executed with a plastered façade on top of a composite thermal insulation system. The differentiation of the sides of the building is done through a varied treatment of the plaster surface. This mineral final coat was partly finished manually with an irregular pattern, partly executed as a classic, smooth plaster surface. The windows are differentiated according to circulation and laboratory areas. In the foyers, which are laid out as lobby areas on every floor, and in the staircase, floor-to-ceiling heat and solar protection glazing sitting flush with the façade offers views of the city. The post-and-beam elements are framed with large anodised aluminium plates. From the outside, the laboratory areas are distinguished by recessed ribbon windows with external shading devices.

RWTH Aachen has financed the new building with 12.5 million Euros in total. Thanks to the very good and constructive collaboration of all parties involved in the project, the building could be quickly completed. Construction works were commenced in the summer of 2012. 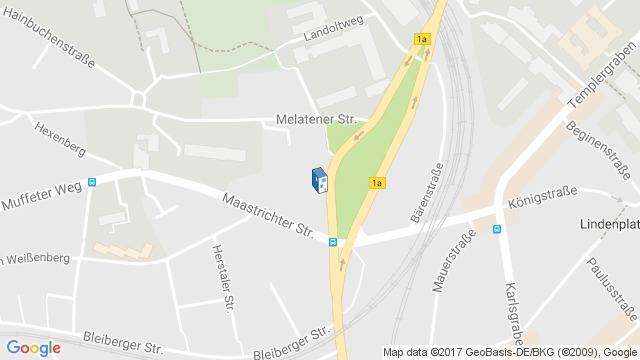 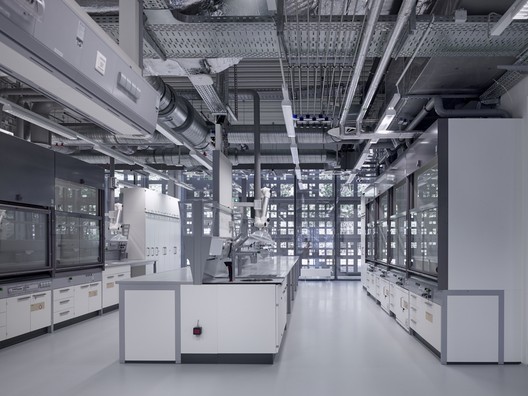