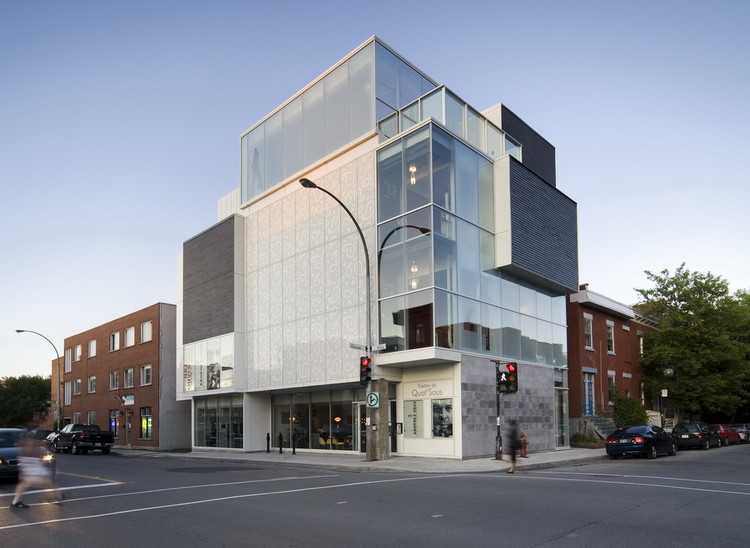 Text description provided by the architects. Théâtre de Quat'sous was established in 1963 by a group of actors under the direction of Paul Buissonneau. Together they bought a synagogue located on Avenue des Pins in Montréal and transformed it into a small theater that never ceased to present daring productions from young creators including the mythical psychedelic happening “Osstidcho” in may 1968.

Serious problems related to the security and comfort of the users combined with the need for production spaces led to the decision to demolish and rebuild Théâtre de Quat'sous on it's actual site after many feasibility studies demonstrated the impossibility to renovate the crumbling wood and brick structure built in 1907 as three row houses.

Avenue des Pins is a street that was created in 1907 after the demolition of existing buildings to facilitate access to the Mont-Royal as suggested by Frederick Law Olmsted. Today it is a collection of bad buildings and exposed firewalls that never met the promises of a prestigious boulevard leading to the Mountain.

Theater is about fugacity, a succession of unique moments that barely survive in the memories of those who were there. Theaters are ghostly figures that have witnessed what we are about to forget.

In reconstructing the Théâtre de Quat'sous we were specifically asked to incorporate whatever we could from the original building to help the new one evoke those memories.

We chose to sample textures, images, colors and materials from a cultural inventory of the theater and mapped them on the assemblage of required volumes (stage, house, foyer, crossover, control booth and rehearsal). 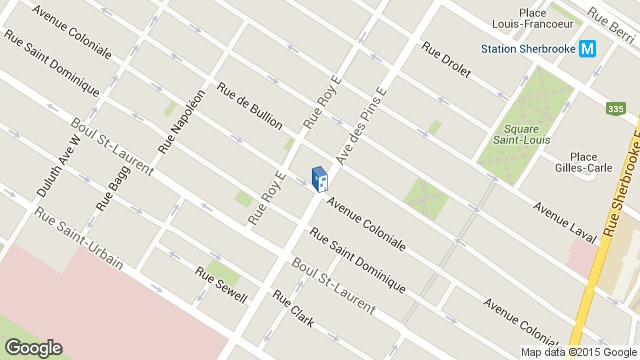