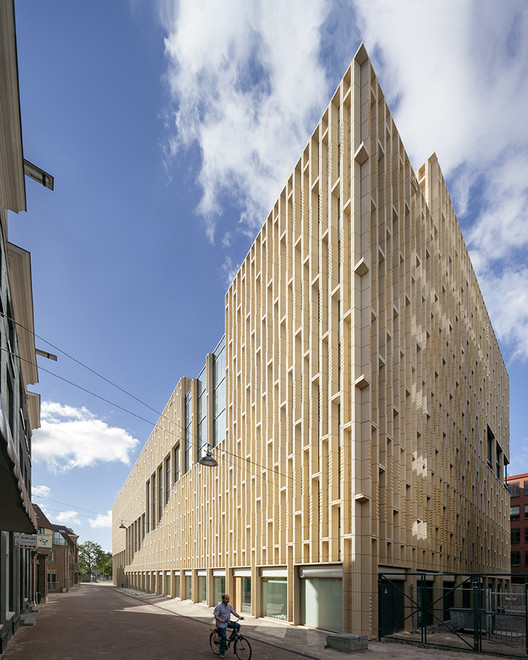 Rozet is the new address for various cultural and educational institutions in Arnhem. The mixture of Library, Heritage Centre, Art Centre and Community College gives rise to one of the most important public buildings in the city.

A LINK BETWEEN DOWNTOWN AND POST-WAR EXPANSION

In volume and articulation Rozet forms the architectonic transition between the historic and the post-war city tissue of Arnhem. The building lies at the conjunction of the Station Area and the Kerkplein (Church square), which is the central route in the urban planning for the Rijnboog quarter in Arnhem. Rozet, with its cultural and educational program, provides an anchor point on this public route and a catalyst for future urban development.

THE INTERIOR STREET AS AN EXTENSION OF THE URBAN ROUTE

Rozet has been designed as an urban elongation of the central route between the Station Area and the Church square. The core of Rozet is formed as a glazed interior route which intersects the building on all floors. A lingering public gallery with a sequence of attractive squares which function as entrances for the various institutions and reflect the synergy between them.

Occasionally the interior street takes the shape of an exhibition hall or foyer, at other times it functions as an auditorium or an ascending reading room with study sites. The visibility of this interior street from outside as well as the apparent programming on the inside of the building in the showcase windows, led displays, book cases and illuminated billboards strengthen the public identity of the building on both street and city level.

The facade of Rozet is aimed at expressing public identity. It is built out of sandy, vertical concrete elements, that display the building as a whole to the city. The elements feature reliefs and rosettes, giving the facade texture and the building meaning in its public supply by their analogy with knowledge. On the one hand the vertical blinds function as a fixed screen, on the other hand they allow the sunlight to enter deep into the building through high vertical windows.

A combination of choices make Rozet into a sustainable building. The interior street operates as a climate neutral vent based on natural ventilation. The roof is entirely green. It is a combination of vegetation and a water buffer which contributes to the air-condition of the building. Birds and insects benefit from this green oasis in an urban setting. The roof accomodates furthermore solar panels which make a substantial contribution to energy requirements of the building. Lastly the thermal storage confirms Rozet to be one of the most sustainable buildings in Arnhem. 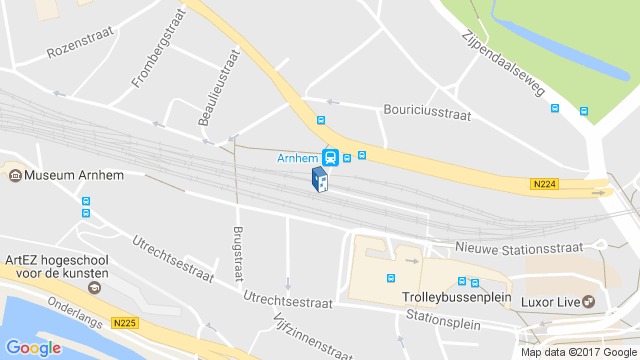 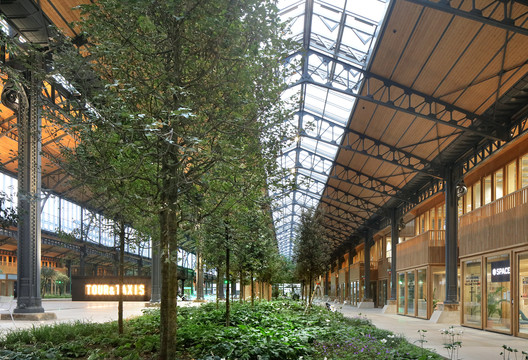