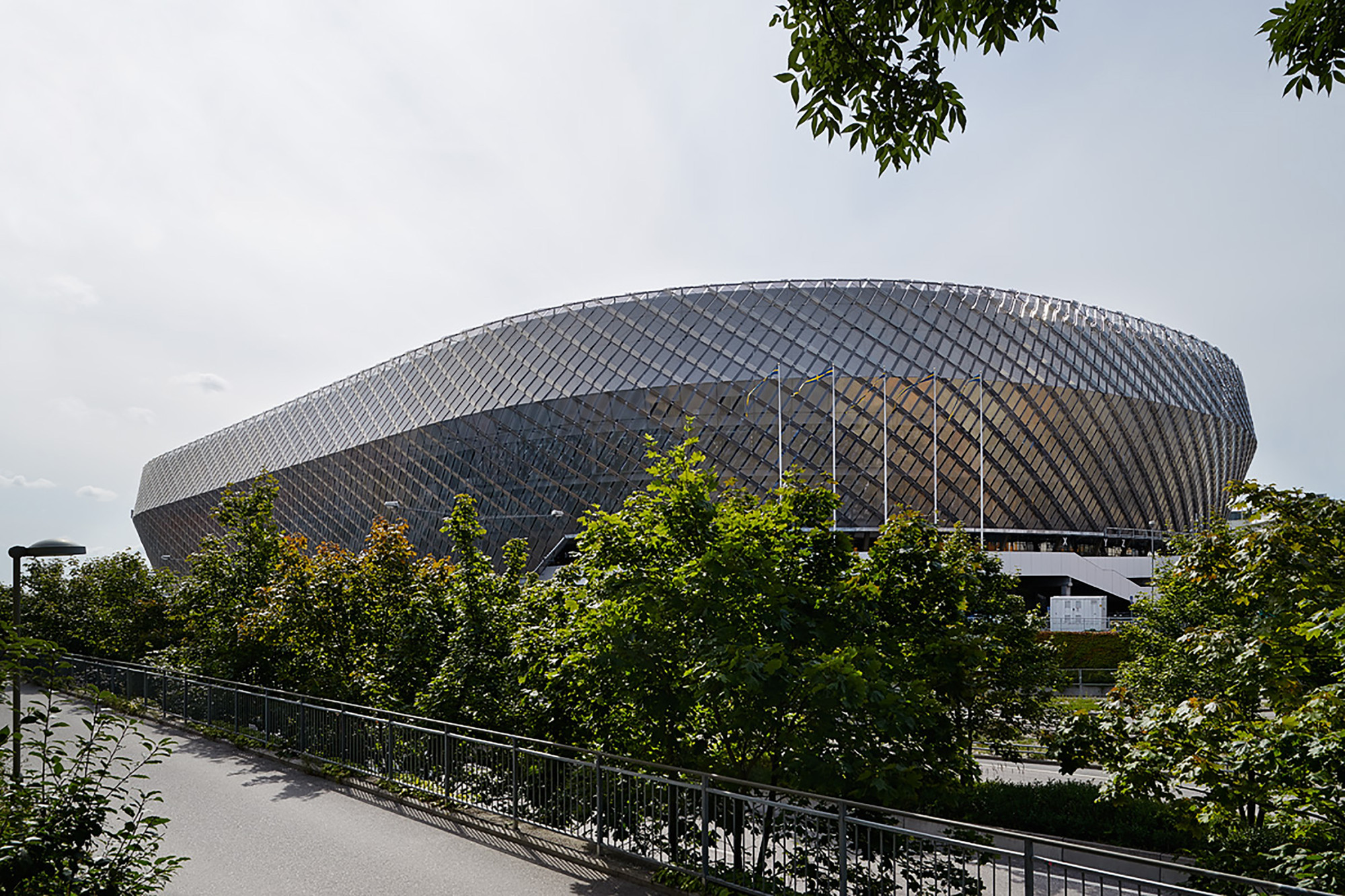 Text description provided by the architects. The Tele2 Arena is Stockholm’s new multi-purpose arena. It is designed by White arkitekter and is characterized by its asymmetrical shape, its transparency and the manor it responds to the seasonal Nordic light. The arena has a capacity of 30.000 spectators for sports events and 45.000 for concerts.

The Tele2 Arena is an important new addition to the city of Stockholm, boosting the cities world-class status and playing a major role in the city’s long-term development. The multi-purpose complex – a venue for football matches and concerts, and a large variety of events - has been designed to create a memorable experience for all those who visit it.

Following a decade of involvement with the project, White arkitekter’s consistent aim has been to provide the populace with an inviting and accessible destination with visual transparency: unobstructed sight lines for spectators and, equally important, a physical presence that is open and welcoming.

The perforated metal façade, with its distinctive wicker basket form, allows the form of the interior to be apparent before the user has entered. From the inside, the transparent external walls allow views of the surrounding city. The Arena’s retractable roof gives it flexibility, while also increasing the sense of permeability and openness. Nordic materials – bright, robust and natural – have been chosen for the Arena.

The Tele2 Arena, in Stockholm’s Globe district, integrates adjacent large public areas along with the development of new commercial spaces, hotels and offices beside the existing Globe arena, and the Söder stadium. With sustainability a priority, an environmental impact assessment (EIA) has been carried out to evaluate the arena’s impact on the environment. The Arena is environmentally classified according to the Miljöbyggnad (Environmental Building) certification system.

Sustainability objectives also include proximity to public transport routes; the provision of bicycle parking spaces; upgrade of footpaths from nearby stations; and the specification of Swedish and Scandinavian construction materials minimising transportation to reduce the environmental impact of the development. 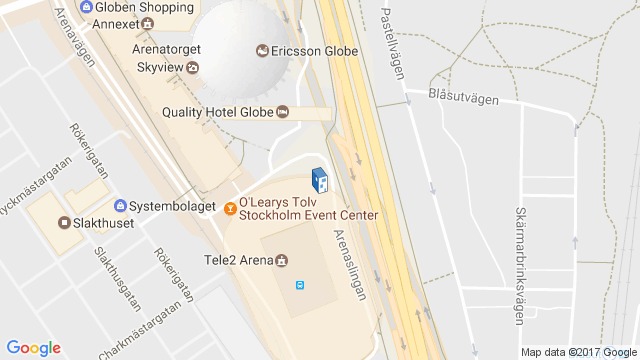