Text description provided by the architects. In July 2005 the architects won the commission in a competition promoted by the Regional Government of Extremadura (Ministry of Education) to select a team to design and build the facility.

The School is located in the west border of the city of Plasencia, within the San Miguel neighbourhood, and is bounded by a small industrial area to the south and an undeveloped area to the west. The building is placed alongside the existing train rail, with a significant level change of 12 meters across the site.

The building´s architecture is a product of its orientation and surrounding context. It operates in two distinctive modes to respond to the specific constraints of the site and to organize the complex brief. The design takes advantage of the existing topography to create a podium, above which a two storey lecture room building rises, floating above the podium. The appearance and construction of the proposal respond to this duality.

The Podium accommodates significant level change across the site with the aim of reducing earth moving. Conceived as a dark brick massive volume it creates a new frontage to the rail train as well as a new rooftop multi-use games area matching the upper level of the plot, maximizing the available external play spaces on site. Two north-south wings comprising series of workshops and laboratories around internal courtyards are provided throughout the podium scheme, both sides of a central communal outdoor space, conceived as the main entrance of the High School. This playground provides access to a double-height hall, which opens onto the distant horizon to the south, organizing the circulation spaces in connection with the lecture room building above.

Designed as a two storey compact east-west block, the lecture room building sits above the podium containing a north-facing row of classrooms and a south-facing mix of ancillary spaces and stairs.

The elevations provide a rhythmic composition of precast concrete panels with glass and dark colour rendered openings, modified according to the orientation and the uses contained. Internally, the coloured tiled ancillary volumes provide a sense of direction while they contribute to a greater variety. 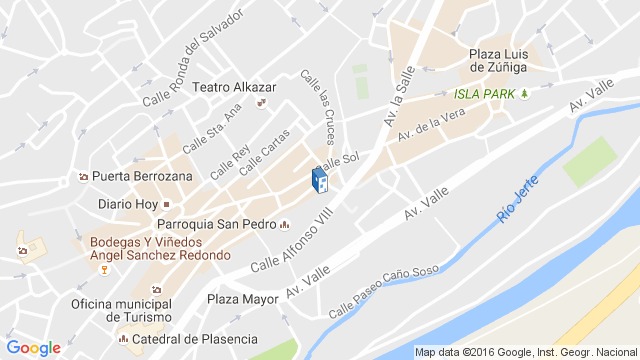