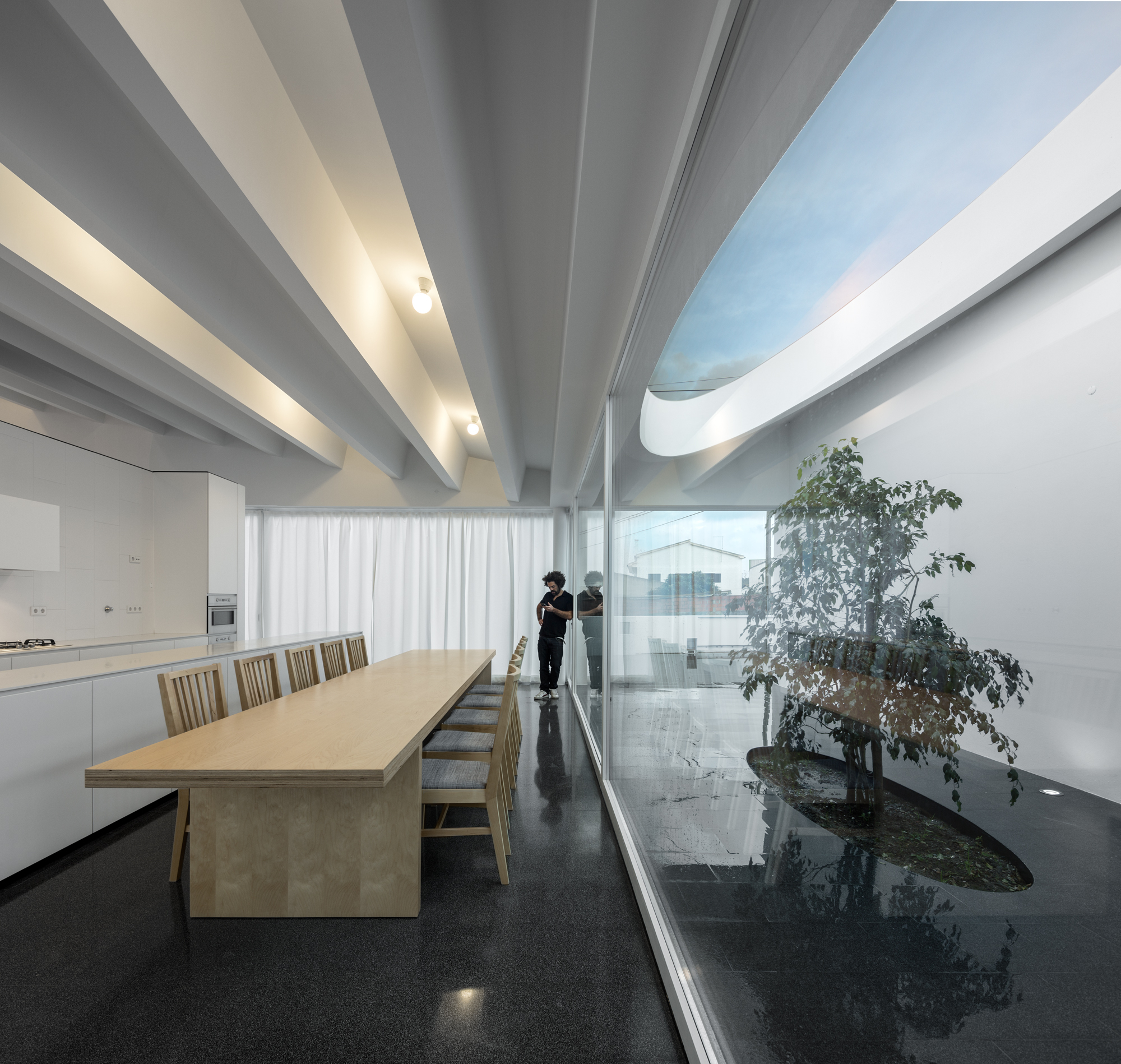 Text description provided by the architects. Located on the West Coast of Portugal in an agricultural area relatively close to the ocean, arises this new residence, in a village with quite heterogeneous features.

In order to make the best out of the solar exposure and minimize the impact on the surroundings, the implementation on the ground distances itself as far as possible from the its boundaries, having however, points in common with the adjoining constructions, thereby potentiating it, not creating disruptions with the existing surroundings and simultaneously contributing to a better design of the urban morphology.

The intention was to conceive a simple, clear and interactive space from the functional point of view and in the relation with its users, reflecting only the essential, with the particularities and needs inherent to a space as itself, and with specific uses and functions to fulfil all the projected requirements, creating appropriate working, comfort and environment conditions.

Thus, the design of the spatial organization of the rectangular blueprint was taken as principle for the project, based on the idea of creating “light” circulations around every space.

Assuming all the spaces as accessible from the open backyard surrounding the house and with the main entrance through a covered patio which results from the union of the two water coverages shaped out as a butterfly, delimited by a cut out in the shape of an ellipse, thus letting through the only existing/incident light from the South.

The entrance of the house is characterised by a succession of spaces that mysteriously appear between volumes that never touch its limits and unravel through the continuity of the roof which progressively grows in scale with the nobility of the human coexistence spaces, until it reaches the rooms that are divided in height revealing a small mezzanine that “proudly” overlooks all the areas of the house.

In the entrance area, with more frequent use, there is a “meal” area supported by a food preparation counter in a technical cabinet that opens on the sides. One of these sides contains a common sanitary installation and the other a technical storage space that divides this area from the living room.

The living room area extends outwardly through its large glassed windows that progressively illuminate and expand from the entrance thereby illuminating and amplifying the relationship with the exterior. This area is bounded by a second cabinet facing it therefore concealing the most private area of the residence, the rooms.

This second cabinet contains on one side a bathroom to support the sleeping areas and on the other a staircase where you can access the mezzanine above the rooms which are ideally conceived with lower ceilings.

Across the entrance patio there is a parking space and a covered support structure to outer activities. 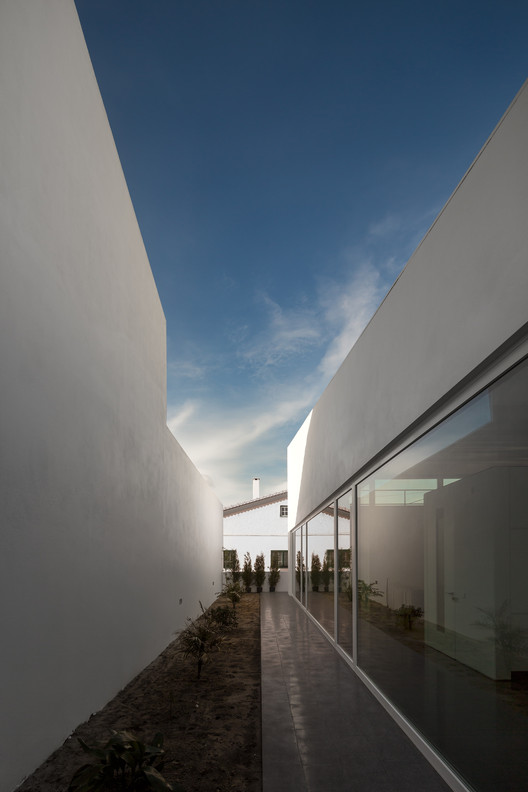