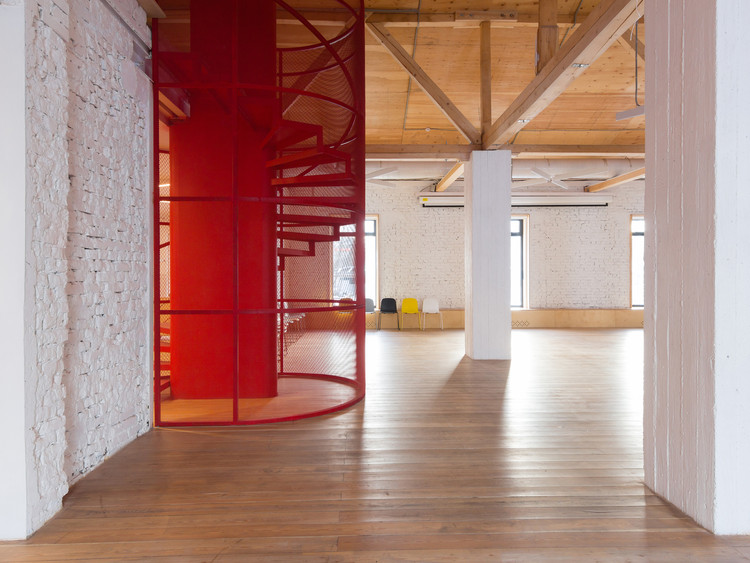 The Education Center is located in single storey building next to the Garage’s exhibition pavilion by Shigeru Ban.

Built in the 1940s, it previously housed a kindergarden, later used for ice skate rental facilities, children’s art studios and warehouses. For several years it stood critical condition, with only the supporting structures remaining intact.

The Garage Centre for Contemporary Culture commissioned a reconstruction for its art education workshops and social events.

The new project retained the building’s volume, attaching bright extensions, some of which contain entrances to the building, others function as verandas. The bearing brick walls were clad in clinker tile to preserve them and improve insulation. The gable facade, which is seen from the park’s central avenue, was highlighted by a graphic composition that aims to attract passers-by to the building.

Inside, the main task was to provide a flexible space, easily transformed to meet the needs of the Education Center. All non bearing internal structures were demolished, the roof was reconstructed, with its underside revealed to create an airier space, partially taken up by mezzanines to house administration and smaller workshop studios.

Window openings were enlarged to bring in more light, and function as sitting spaces. Neutral interior finishes were interspersed with bright individual accents. 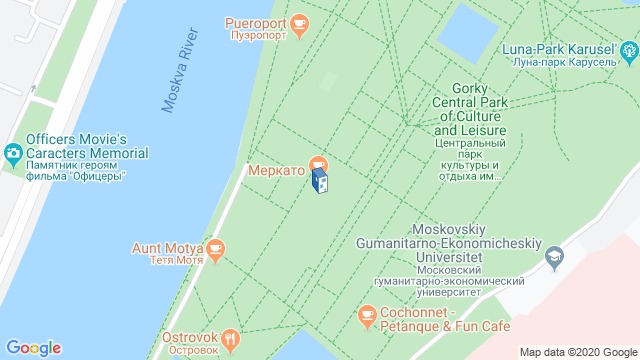 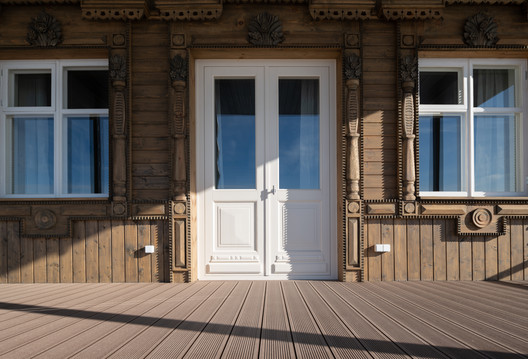