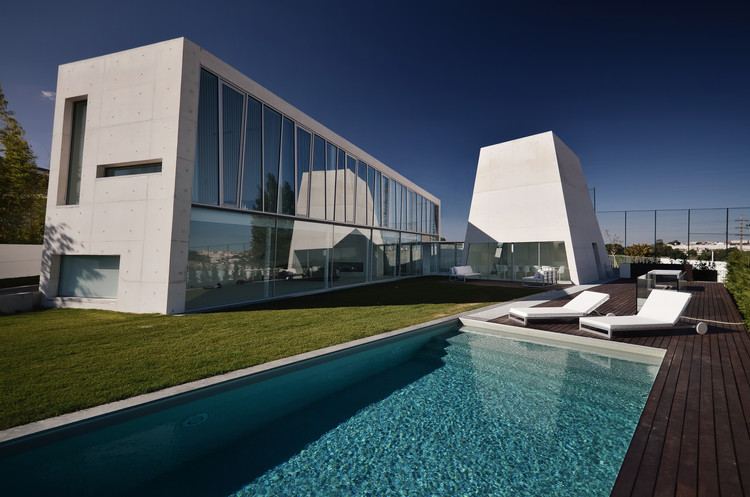 The site is the plane where our projects become architecture. It is on this that we build and what we see are the apparent forms, those which appear above this plane.

In the Alcoutins House the real form is that which has as a support a plane which is 3.5 metres below ground level. It is like a lake, where the volumes float or rest on the base, where we see only the part that appears above the waterline.

The Alcoutins House follows the production method of the space that supports our projects by making a study model in balsa wood and K-Line board. In this process it is worth mentioning the non- programmed, intuitive part; that which arises from sporadic acts free from any preconception other than the result of the analysis of the objective conditioning features of the site and of any regulatory system of the architectonic design.

This house is a contemporary of the Belas house, with just a few weeks between them, and its shape is also a result of the force of chance interfering in the process of composition based on logical analysis. A conversation around the table where bits of the model were lying, leftovers of the model of that house, which in their haphazard layout awaited someone to save them from the probable fate of the waste bin.

With our eyes on the site map, our memory recalling the functional program of the house and our hands "playing "with the bits of card, plans were defined, volumes formed and thus the Alcoutins House was born. Rationalism and intuition in immeasurable steps and proportions. 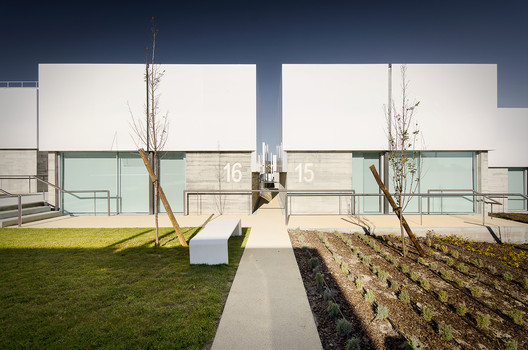