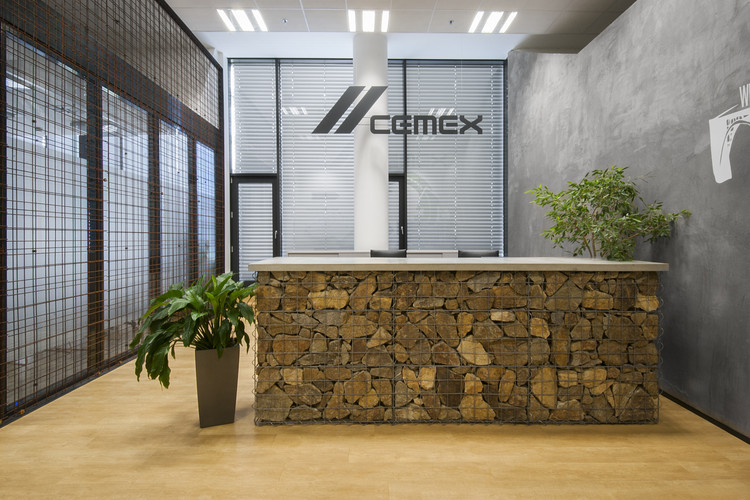 Text description provided by the architects. The main task was to design the interior office space for the company CEMEX, which is engaged inmanufacturing of concrete mixtures, cement and aggregates. The new offices will be located in the administrative center of City West in Prague Stodulky. Our goal was to fit 50 working places, arrange them into open-space office, 7 closed offices for team-leaders and a director, one large meeting room for 20 people and another 4 small meeting rooms with total capacity of 30 seats. In the office should also be a relaxation zone with a small gym and a kitchenette.

The main idea of the proposal is a big divided open space with small offices and meeting rooms to create more intimate places in which the teams will work. We wanted to avoid the classical scheme, where there are defined separate offices and the rest of space is used as an open-space office. Team-leader's offices are located around the area, creating nooks, devided small places and offer nicely relaxed working environment and enable direct contact between employees and their leaders. To achieve all that, and at the same time maintain the feeling of a large common area, which is enhanced by high ceilings, no solid parts reach up to the ceiling. The room is not divided, but there are installed separated cells that shape the large open-space.

We wanted to make the expression of the interior corresponding to the company which will inhabit it. To make it apparent from the first sight not only what the company deals with, but also  their philosophy and attitude. In the interior we used materials, which are associated with the company. Interior and exterior of the separate office cells are equipped with a cement plaster (concrete imitation), the glass-walled meeting rooms are covered with rusty construction steel-grid and the reception is designed from wire baskets with the stones from the quarry where the company draws aggregates. The philosophy of the company, their approach to sustainable development and motivating pictures are visible in the graphics on the walls. Relaxation area – chill-out - is designed as a natural park with paths, lawn, garden furniture and sitting bags looking like large boulders. The open-space offices are equipped by used furniture from previous company headquarters. New boxes with plants, which are also placed in the room, are situated on the top of cupboards and its creating barriers between working places.

The main working space is around the big atrium and is devided into three functional units. The entrance is followed by a connecting wing, where the reception is dominating and where toilets and other ancillary rooms are situated. In the northern section, where all the working spaces located, are small meeting rooms arranged in one block which devides this track longitudinally. In the southern part is the chill-out zone with the gym, the kitchenette and the large meeting room. 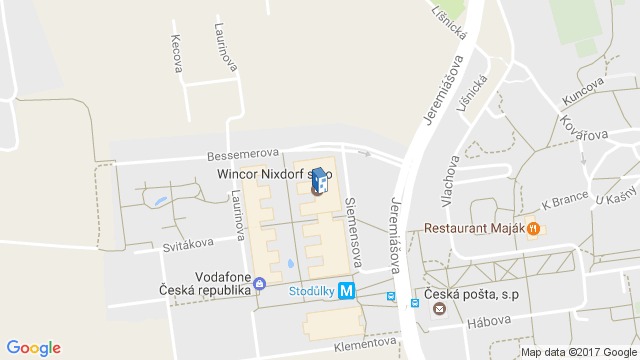