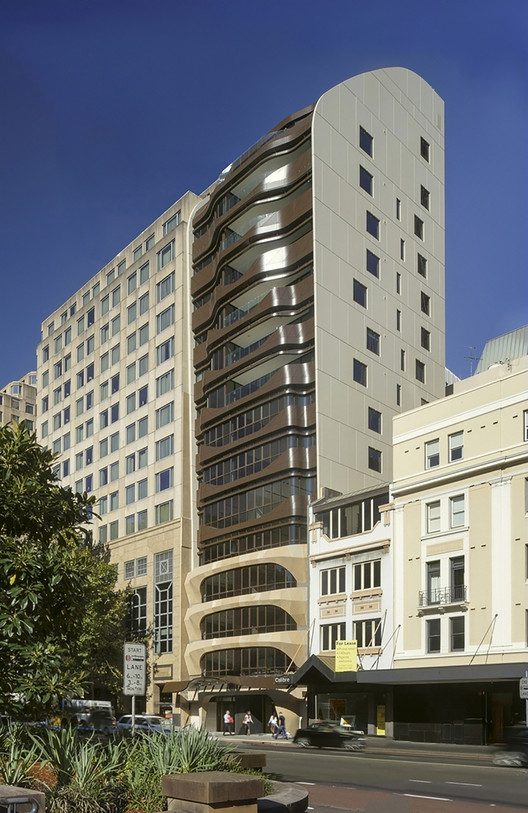 The site is located on Sydney’s historic Elizabeth Street on Hyde Parkand uses traditional elegant contextual materials such as sandstone and steel in a contemporary way using digital technology to mould the façade to the changing conditions on the skin.

The profile of every level is different. This responds to the differing unit plans, views and sun on each level. 3-D modelling software and Rhino scripting is used to create a façade that is progressively responsive to changing conditions.

The tapering shape of the penthouse maximises solar access and views to Hyde Park and terminates the fluid geometry. The façade is made from hundreds of individually shaped metal panels.

We sought a geometry which provided a degree of repetition but which could allow for every different floor plate. Its warping planes often results in double curvatures; diagonal cuts are used to ensure that we could use single curve panels to make the warped planes.

The panels were laser cut by robot as were the fluidly shaped sandstone panels. The support structure, also in steel, consists of multi-curved frames which were located in space by the computer to ensure everything fit together.

The shop drawings were prepared by Frank Gehry Digital studio. The 17 storey building contains 19 units with most levels having one 4 bedroom unit per floor with a 3 storey penthouse on top. 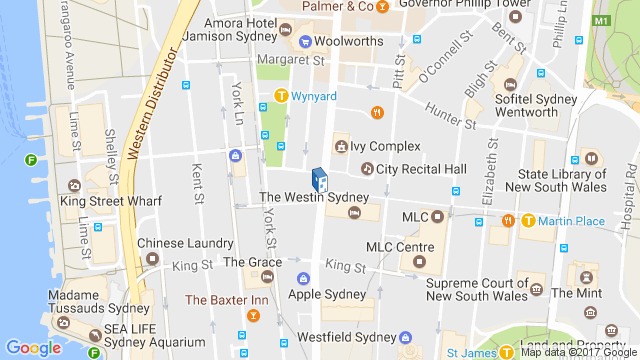