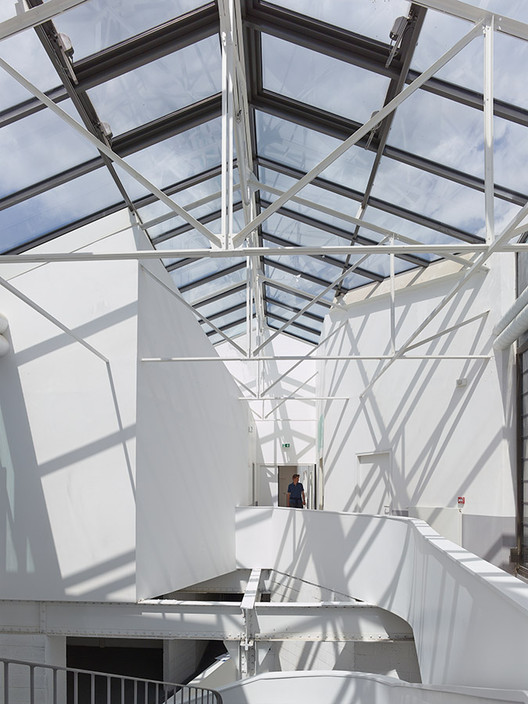 Text description provided by the architects. The EPF Normandie and the commune of Pont-Audemer wanted to convert the industrial site of an ancient paper factory into offices/workshops for different companies.

The ancient paper factory is a symbol of an important part of the local working class memory. The architectural conversion suggested by the agency had three principle axis of development.

Firstly, the agency was careful to preserve almost completely the volume of the factory. The serial aspect of the construction is emphasized by the creation of a few new spaces which visually cut into the mass of the building. These correspond to new entrances and new uses.

Secondly, the project concentrated on the central common space that links the different workshops, offices and meeting rooms. It was conceived of as a space capable of facilitating exchanges between the different young emerging companies. The generous circulation space includes a « street » (the central corridor) and a « square » (where can be found the building’s central staircase) ; these functional spaces become lively meeting places, beyond the strict professional context. A large roof lighting recalls the function of « passageways » in the 19th century town or covered public spaces.

Lastly, and important environmental component was included in the project from the start, marking a happy contrast with the heavy industrial past. 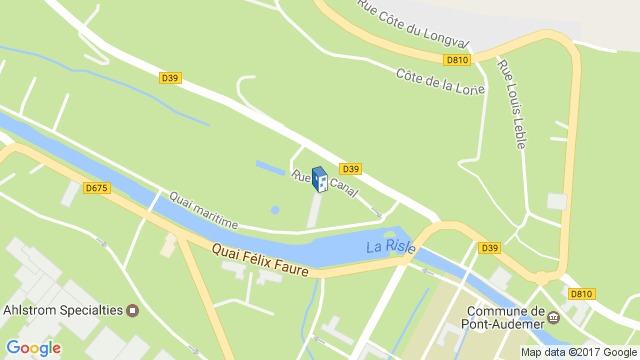