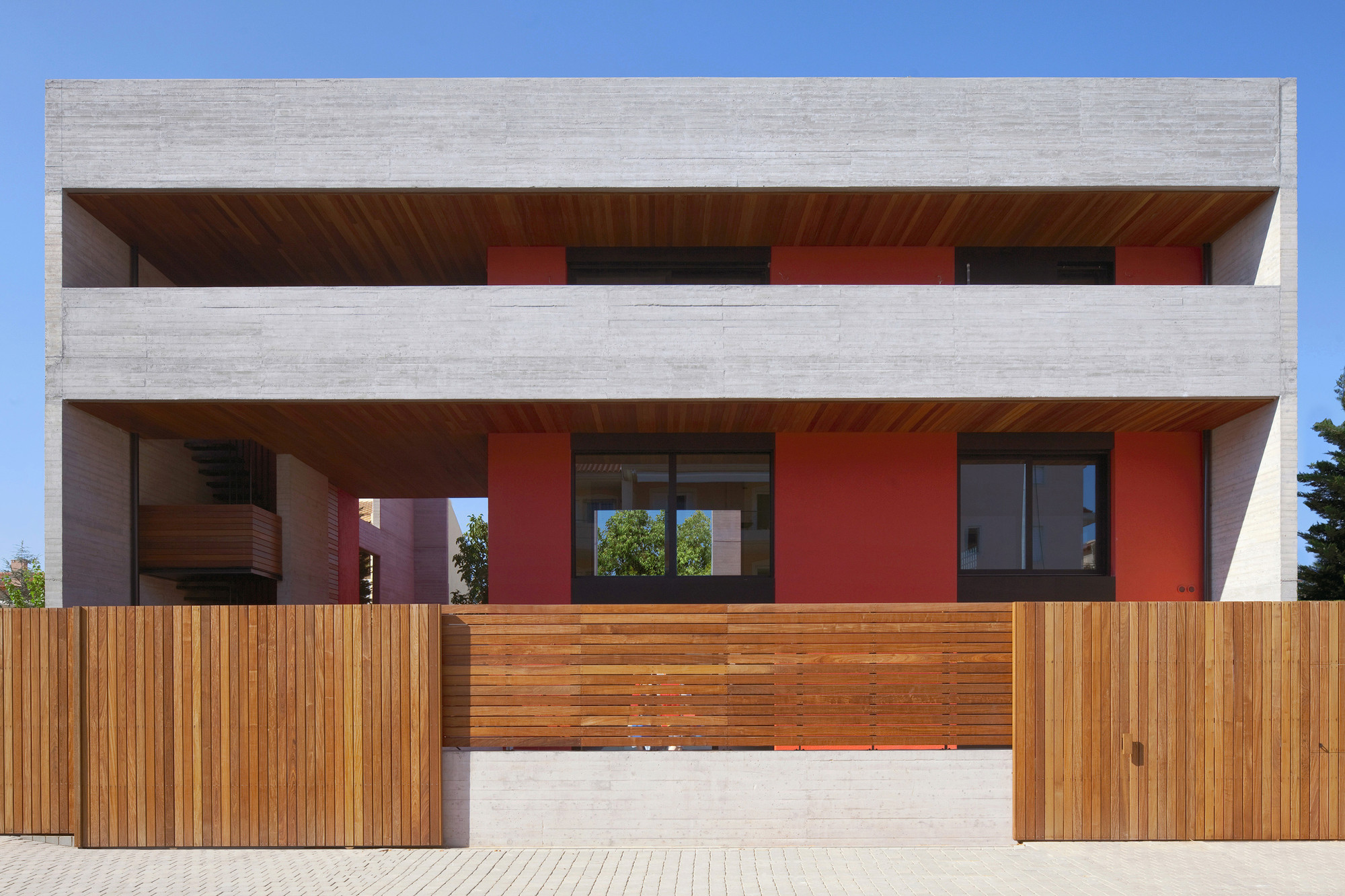 In an urban plot of 411m2 in Chalandri the brief called for two independed residences, arranged on three floors. One of the houses occupies the ground and the first floor, while the other the second floor of the building. The two houses have separate entrances and the second one is approached through an open air staircase or by an elevator. Utilities and a car parking are placed in the basement.

As the climate in Athens is Mediterranean – mild it is usual during many months of the year, for daily activities to be held outdoors. Therefore it is essential in the design process to incorporate agreeable outdoor living spaces. In this case a shell of in situ exposed concrete encloses the L shaped building volume and an open air courtyard. Most internal spaces face into the courtyard which includes a pool.

The notion of house around an enclosed open air space is very old and commonly used in many parts of the world, as it serves well urban habitation. In this case, the outdoor living space is clearly defined by full height walls that provide regulated climate conditions (sunshading – cooling – protection from strong winds) and privacy as well as a controlled visual relationship with the surroundings.