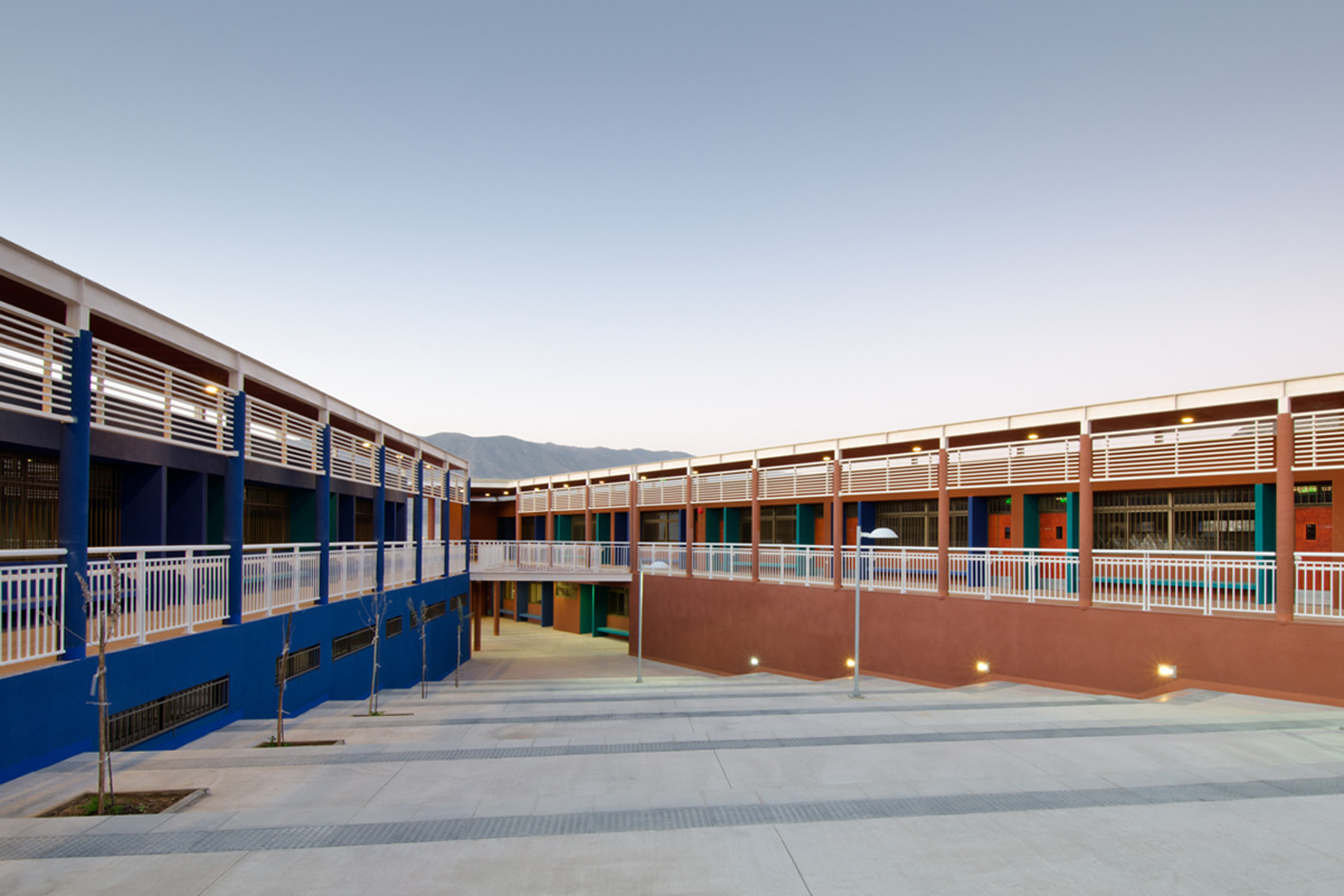 Product of a public architectural competition for preliminary designs, at the town of Chañaral, located at the Atacama Region, a desertic zone in the north of Chile, the request was to conceive an educational establishment for secondary high school youngsters, to be located in a whole block site, corresponding to downtown Chañaral. This courtyard or central space also allows an efficient control of the students, during break hours, thus ensuring an optimum coexistence between the student use of the space and adequate possibilities of assistance in case of emergencies.

The Project achieves various objectives and necessities for the local educational community. One of these, is to count with a big central space by the way of courtyard or “pátio”, a space that could allow developing collective, cultural or sportsmanlike, activities, in a safe way, on the premises.

The central space is crossed by diagonal volume, producing a relationship between the front entrance and the opposite located pupil´s canteen or lunchroom. The same diagonal volume also absorbs the soil levels in the site, while differentiating the upper and lower parts of it.

On the other hand, the perimetral volume allows the generation of an internal covert pedestrian walkways, overlooking the central space or courtyard, defined by pillars in a regular rhythm, a remembrance of traditional wooden constructions of the Region.

This circulation, somewhat a ring, relates in a continuous way each and everyone one of the classrooms, workshops, special rooms, covered sports playground, and auditorium, located it´s perimeter. Thus providing a permeable, intermediate space, that concedes shadow and protects from intense solar radiation. On the contrary, from outwards, the built complex is closed and hermetic, protecting the interior from the strong winds that arouse after midday. The exterior windows of the classrooms or of horizontal proportion, whereas located highly, near to the flat ceiling, seeking a controlled natural illumination, and avoiding overheating closed interior space.

The volumes are worked on the official or property line, marking the limit between what is public and what is private, breaking itself exclusively at the main entrance of the buildings. For the purpose of granting altitude and hierarchy, double heighted, two story precincts are disposed towards Zuleta Avenue, the main access road to the public school. The other fronts, corresponding to borders, are one story high, adjusting themselves to the residential scale of the neighborhood. The library and the auditorium count with direct access from the community.

Elements of passive architecture are incorporates to improve interior comfort, such as sight beakers and reinforced concrete slabs over the windows. The building´s finishes are austere, and of good quality, so to avoid future –or important- maintenance expenses. 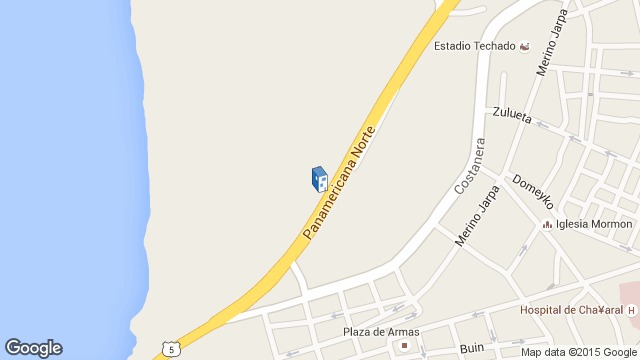 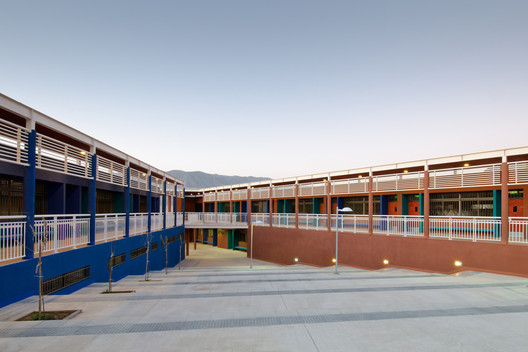