Save
Conference Center in Ibiza / UP Arquitectos 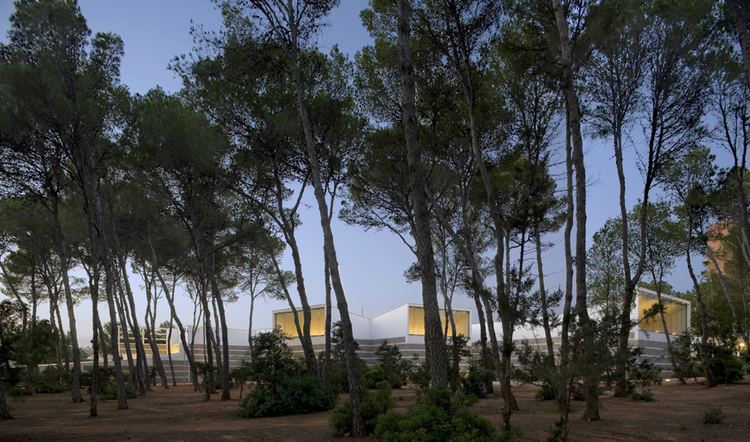 Text description provided by the architects. The formal result of this first building depends largely on its relationship with the rest of the proposal, and as such its justification lies in the completion of both buildings. In the future, one will be in debt to the other: the Palace will form its own enclosure, understandable from the first glance, from which Cultural Center will take shape, itself divided into multiple volumes, each with its own activity.

The magnificent site upon which it is located, next to the sea, at the end of the bay and open to a forest of native pines, responds in its rectangular are to the future auditorium, where a continuity is maintained with the urban line while still claiming its own garden; the part now built adheres to the main building and enters the pine forest with a freedom to form a part of the place, extending towards the exterior conference activities.

As such this first phase has a close relationship with its surroundings: the fragmented volume opens to the forest manifesting its different uses, dissolved among the shade of the trees, inserted in the land, among containing walls and a thick layer of vegetation which covers it. Three elements emerge from the roof expressing the rehearsal and scenic spaces. A large square volume built around a patio houses the rest of the program: the rooms, seminar spaces and the future cafeteria-restaurant.

The whole aims to recover the symbolic value of the genuine elements of the island of Ibiza, build with remnants, transformed from popular architecture to the present. An interior which doubles as an exterior for the exhibition rooms; masonry limiting scenery in a pile for the facade, also as a scenic backdrop in some cases; and the creation of an artificial landscape transforming the territory and creating a path within the building with a new horizon towards the forest, though invisible, towards the sea. 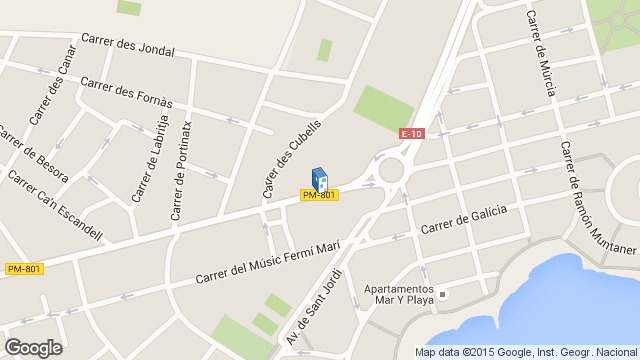