This latest addition to the campus's northern quarter already contains a collection of commercial stores and over 500 housing units. Its construction puts the finishing touch too what has been described as a "living campus where students can now stay on campus both night and day."

"The Congress Center, positioned like a 'beveled stone' at the campus’ northern gradually detaches from the ground while releasing a large glass surface facing south and north allowing natural light into the vast conference room. The latter can be subdivided into different configurations – from several small rooms up to a flat large room used for banquets and other events. These partitions are possible thanks to systems of movable walls and retractable seats."

"The supporting structure of the center, shaped like a catamaran, is made of two large three-dimensional metallic beams supported on two pairs of reinforced concrete service cores that are located at the center and north of the building. On the south, these beams are cantilevered. The anodized aluminum external coating contrasts with the more intimate and refined character of the natural wood interior trim. In turn, the light interior coating contrasts with the vertical cores imposing presence and with the large hall balconies."

"300 square meters of dye photovoltaic cells are integrated into the western façade of the building. This constitutes the first application of this technology on a public building. The translucent panels make use of an invention by Michael Grätzel, a researcher at EPFL. Apart from being translucent, the angle of incidence of light makes no difference to the cells, which can be vertically deployed without any loss in performance. In addition to generating electricity from renewable sources, they protect the building from direct sunlight and thus reduce the necessity for using cooling energy." This could be a first stage towards their more widespread production and use.

"Due to the unstable terrain where it was built, the center rests on 200 piles. Five of them are experimental thermic piles with a depth of 20 meters. They are embedded in concrete and do not only constitute structural foundation and support elements, but also function as heat exchangers." 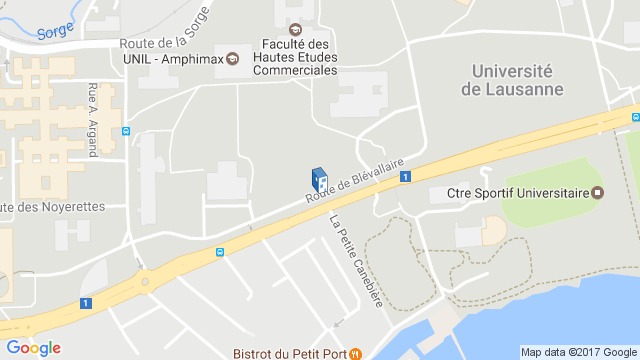