Partially credited to the spotlight cast by MoMA’s "Frank Lloyd Wright and the City: Density vs. Dispersal" exhibition, SC Johnson (SCJ) has agreed to restore their 15-story Frank Lloyd Wright-designed Research Tower as a museum and corporate office in Racine, Wisconsin. Wright’s only constructed taproot-core, the 1950s tower is “an inspiring example of cantilever construction with an inner core extending 50 feet into the ground that provides support for the 16 million pound structure,” described SCJ. “The taproot core bears a strong resemblance to the lily pad-like columns seen throughout SC Johnson’s Administration Building, another Wright-designed facility.”

Visitors will have the option to tour the tower for free, along with all other Wright-designed structures on the SCJ's campus, upon the renovation's completion in May 2014. More information can be found here. 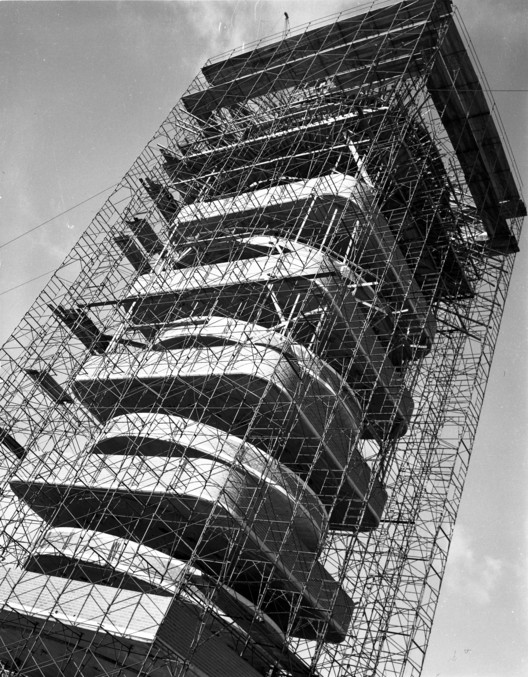