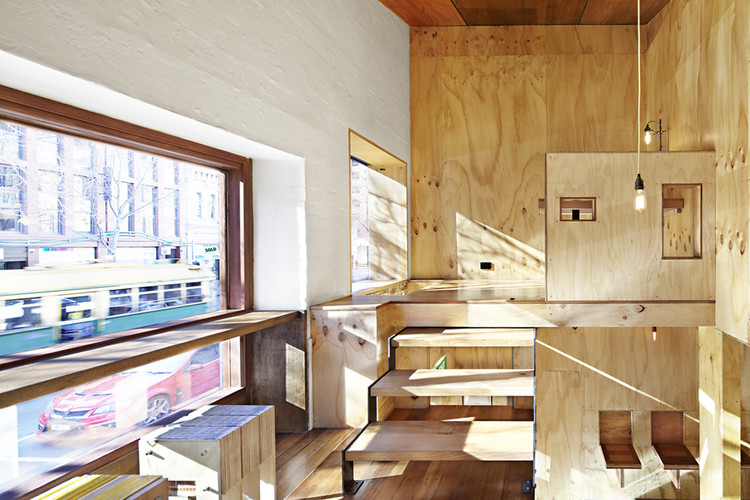 Flipboard Cafe, calved from a lost site in the city, is a tiny multi-level nook that serves fine space with a side of excellent coffee and healthy food. The cafe is nestled in the intersection of an emergency exit from Bennetts Lane Jazz Club below, the thoroughfare to Brolly Studios behind, and a two decade old unused shop-front window.

The space had once been a transient uncentered passage but has now become its own destination whilst still maintaining its other activities. In the renovation of the front facade we found spaces that had been lost to previous weak and unimaginative occupants who had plasterboarded it shut. We opened it, and it is now one of the few eddies that interrupt the flow of foot traffic on La Trobe street as you can inhabit the facade in cosy cubbies.

The central staircase is an obvious feature, helping to shift the paradigm of coffee shops from the horizontal to the vertical. It also helps to build depth in the space and interrupts the eye just enough to make it hungry to see more. The nooks and niches where you can deposit your time are intimate by nature, being small, yet expansive due to the light, the openness of the windows and their proximity to other recesses - a secondary interiority that folds out in its own temper, like the backstage of a theatre. 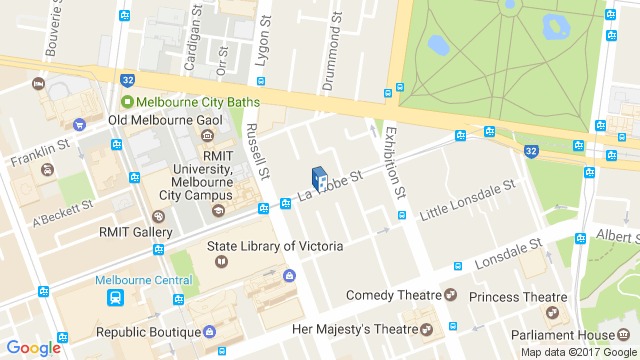