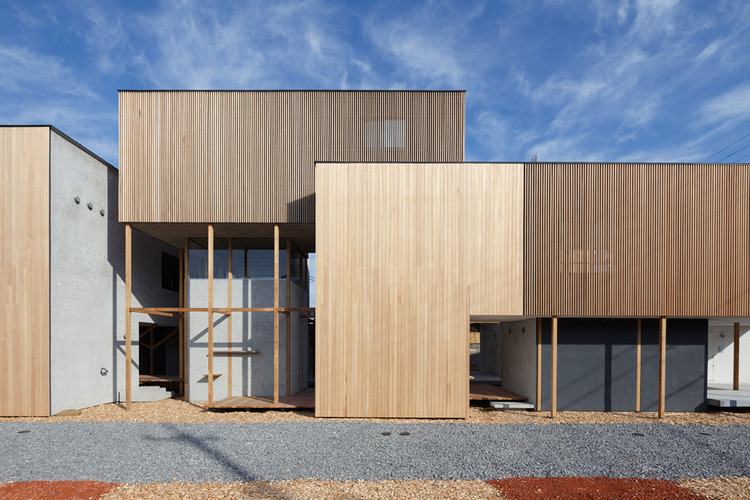 Within our fieldwork in Asian cities and villages, conducted against a backdrop of increased threats from severe weather and global warming, we sometimes encounter with adaptable housing cultures that border against natural disasters; ecological and customary architectural behaviors that have likened to elements of the natural environment; and methods to help maintain and continue such things.

Today, with the rapid urbanization of Southeast Asia, especially from China to the Indochina, the act of observing native and traditional architectures and villages is synonymous with observing their very own destruction and acceptance. The life of barely scraping by, sometimes becoming subject to unlawfully dense surroundings, is very much reliant on the ability to tolerate ambiguity, semitransparent and gradational special qualities, and the architecture’s redundant and updating nature. In this scheme, such qualities were pulled into a tangible plan.

This project is a rental row house comprised of nine units that is constructed in a residential suburb. The project demanded two parking spaces for each unit, creating a condition in which half of the entire site is covered by parking areas and driveways. We tried to create a low density residence that opens to the surrounding area and environment by creating shared margins between the neighboring units.

Using the encircling driveways and parking spaces to create margins in the architecture, roofed semi-outdoor spaces were inserted into various places, which were then adjusted using wind simulations. It is a porous architecture that allows breeze and produces shades. Life opens up to the outside through the semi-outdoor spaces and the annex, and further expands to the street and the surrounding area. A life among the group will hopefully become more diversified and public. The wooden frames that expose to the outside are created as clues for controlling and maintaining the semi-outdoor spaces. 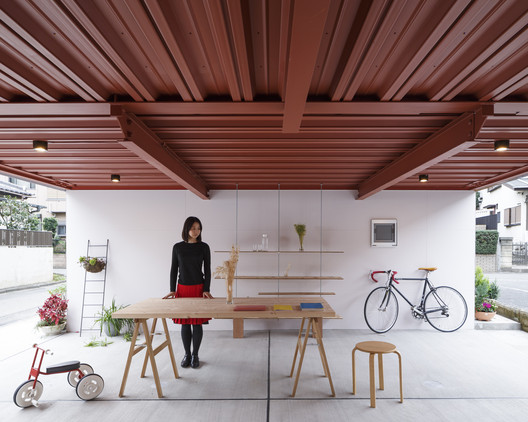