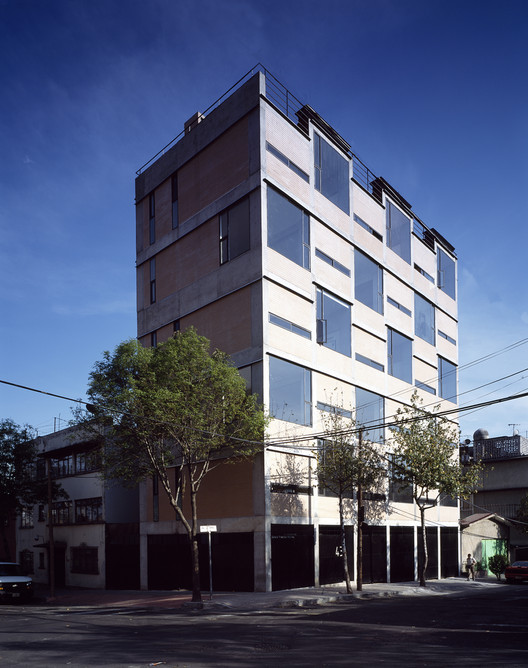 15-unit apartment building with 48sqm per unit.  Entrance and parking in lower floor and 5 levels with 3 units in each floor. Concrete structure with same dimensions in the whole building.

The apartments have one big common area with a higher ceiling height in the “public zone”, using the maximum space allowed between floors by law, 3.60 mts.

The apartments have a change of height between the concrete slab and the floor, making a difference between both spaces, playing with the heights helps to improve the perception of the spaces and accentuating the public zone from the private zone.

The building is inspired in the popular architecture from the 40’s and 50’s of the Escandon, la Juárez y la Cuauhtémoc neighborhoods, where most of housing buildings remain “anonymous” and where built with a very durable and similar construction, giving character to these areas; apart from highlighting the context, they put together a city  profile responding well to the relationship  between street and building and the materials with which they were built.

This project covers a none exploded real-estate market in Mexico City, it responds to a peculiar use of land with no restrictions of minimum size in housing, where well known suburbs with high density such as Condesa, Polanco, Cuauhtémoc and Roma doesn’t have.

This building has apparent materials in the inside and outside, with a typical clay tiles covering the exterior walls from de façade, making an interesting composition between the glassed windows and the concrete structure. In the inside, the walls are made with precast concrete blocks painted in white, making allusion to the exterior. 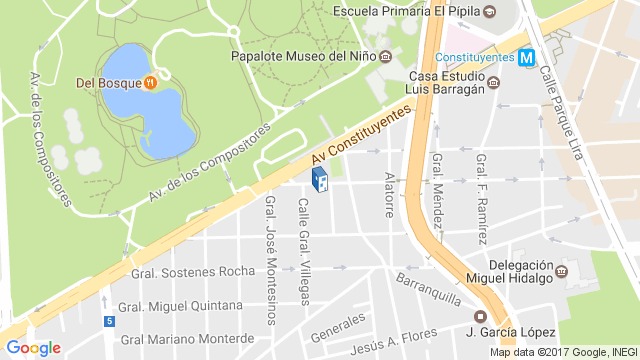 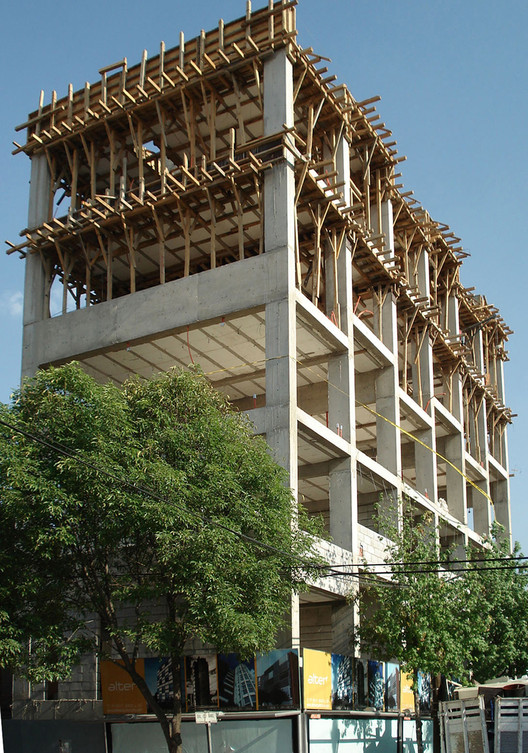