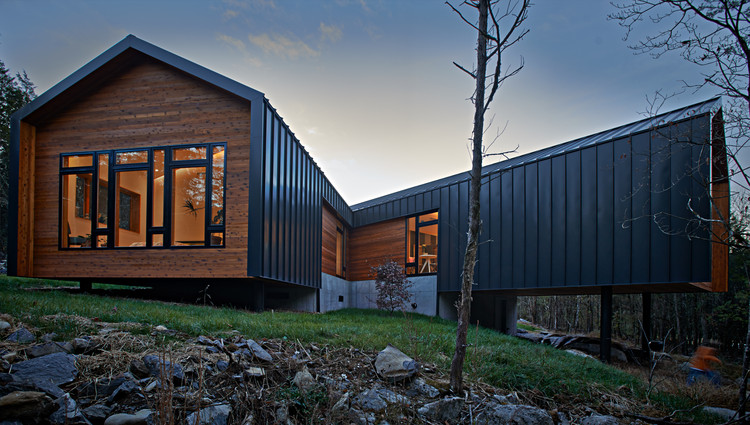 Text description provided by the architects. A young couple approached our firm in late 2011 asking if we would help evaluate the feasibility of building their first home together on a rocky, heavily wooded East Tennessee site.  The primary site constraints were clearly visible in the form of moss covered rock outcroppings scattered throughout the wooded hillside.

Initial conceptual design efforts focused on options which limited the impact on the site while taking advantage of the unique opportunities presented by this rugged landscape.  Early schemes were narrow and linear, weaving around the rock outcroppings and following the site’s contours in an effort to limit the elevation change from front to back.

This siting also allowed for a series of framed views connecting the house to both the immediate landscape (rock outcroppings) and distant landscape (the Holston River and the mountains).  As the design developed pier footing options were explored which allowed portions of the building to be elevated above the landscape to limit the site impact and take advantage of the natural slope of the site.  In order to maximize the access to views from the building’s three main zones the public space was dislocated from the primary linear form creating a “dogtrot” condition between these primary forms.

The primary public and private spaces were extended out over the landscape on piers which allowed rock outcroppings below to remain intact while placing the public space within the tree canopy oriented towards distant views to the river and mountains beyond.

In terms of form and materiality the gabled metal clad wrapper is a nod to nearby vernacular structures, the cedar skin cladding the three primary volumes appropriate to the building’s siting within a dense cedar forest.  The concrete plinth establishes a new datum above the sloping site and becomes an extension of the continuous rocky landscape underneath. 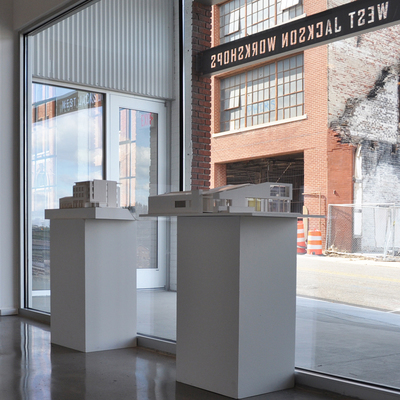