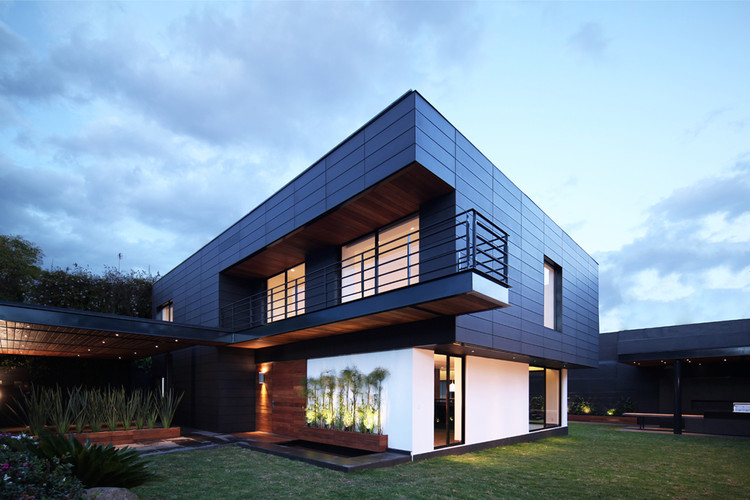 The site is located in Del Valle, one of the most traditional neighborhoods in Mexico City. Actually it is benefited by its central location and its urban planning system, counting with wide and tree lined streets for both, vehicular and pedestrian street, as for its numerous parks and yards, making it an area with plenty of green areas, easy access to important avenues and with quiet interior streets that make Del Valle neighborhood one of the most comfortable places in the city.

The architectonic program for a young couple which will live in the house consists in a main level where the social areas are located, with a pleasant living room with a chimney, dining room, bar, wine cellar, kitchen and family room. In the first floor the bedrooms and a studio are located. At last, there is a second floor with the service area.

The project was started by studying the site conditions and designing a rational square floor plan in which every space was used the best way possible. Nevertheless we found out that this method was creating some visual conflicts from de interior to the exterior, so we decided to extend a part of the house to the back of the lot, achieving with this a better orientation of all the spaces within a highly organized grid.

The ventilated facade was covered by a NBK ceramic cover, which is a natural material of terracotta that provides warmth and durability to the project. This house is the first single family housing project in Mexico covered with this material. This puts the house on a global level in which technology and its constructive methods are an important part of the design process.