Text description provided by the architects. An infrastructure is thought as a landscape design project.

Located in the Nortehrn Lagoon Park north of Venice, on the southeastern edge of Sant'Erasmo island, the new water water filtration plant is part of the general urban and environmental upgrading of the island that the Magistrato alle Acque di Venezia is implementing through the Consorzio Venezia Nuova, within the context of a programmatic agreement between the Magistrato alle Acque di Venezia, the Veneto Region and the Municipality of Venice.

The fragility of the island, its indefinite shores that change contours and thickness with the tide, the beautiful Austrian battery, trace of the more extensive system of fortifications that once existed in the lagoon, whose thick and solid walls leave a mark on the lagoonal landscape, the regular division of the artichoke cultivations and the ghebi or internal canals design the landscape and the building becomes part of its character.

The theme of the project is the design of a 'threshold space', the point where the land and its ground comes to an end.

Four one meter thick parallel walls, built in reinforced concrete colored red with pigment and constructed as rough, untreated surfaces give the space the building form, like the ruins of an old battery, at the same time defining structure and shape.

The spaces between the concrete structures are closed by full-height panels in Iroko planks that may be opened at the entrance and in the areas used for unloading of dust.

The red concrete walls also serve as basic structures for the design of the landscape. The building buries its roots deep into the ground, at the same time facing the land, the void as a possible façade.

Inaccessible due to regulations, the new depurator was to have occupied a large part of the public land of the island. This has become one of the themes of the project: working on the distribution of the flows used in the depuration, it has been possible to bury a significant part of the construction, that only appears like a form in the land, the only surfacing parts being those necessary for maintenance and the final removal of the residual dusts.

The building consists of two parts: an underground area that contains the depuration part and the space above ground that hosts the area where the mud is dried, an electric cabin and an area for maintenance.

In fact, the underground area with its roof openings contributes to design a new land which becomes a play with paths that intersect one another, forming a pattern with the vegetation. Lavender and phlox, broom, lavender cotton and rosemary follow and reflect the development of the building. They design the accessible part of the park in such a way that the building, which on the contrary is inaccessible, takes on an ampler significance, as an element for 'land-watching' that may become an essential part of the system of the Park itself. 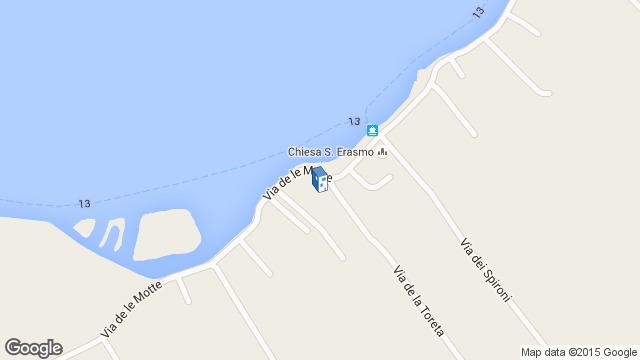 Location to be used only as a reference. It could indicate city/country but not exact address.
Share
Or
Copy
About this office
C+S Associati
Office
•••