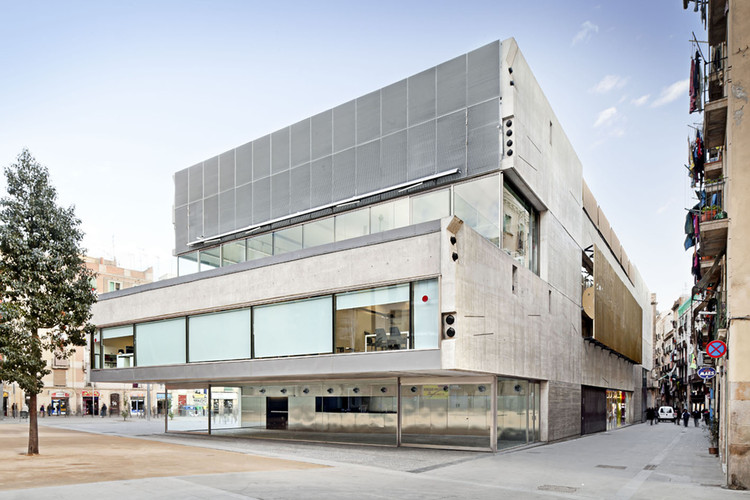 1. The Filmoteca according to its architect

<< About the form... The ruins mark the structure of the buildings. The Roman forum formalizes the plane of foundations and drains. In the old town, my building sets out to express itself as pure structure—no cladding, no finishes. The bare concrete beams-cum-walls that form the façades are very varied, proving themselves members of the family of the dilapidated neighbouring walls, where plaster crumbles to reveal their original central mass. Filters are juxtaposed on the wall. This cinematographic metaphor is not just conceptual; it is above all physical, sensible. In the old town, with very close relations between buildings, interaction must be mediated, filtered. And this is implemented by a variety of devices, with a vague cinematographic reference.

About the space... The space is organized around two movements:

a) The descent into the darkness of the cinemas, with the reflection of the spectators (in turn reflected, actors seen in a series of mirrors)

Two courtyards, connected but not continuous, accompany and construct the movement. >>

2-The singularity of the Film Theatre of Catalonia

The Film Theatre of Catalonia is situated in the his- toric neighbourhood of El Raval, in Barcelona. In recent years this area has been immersed in a major process of transformation and modernization though it retains the popular, built-up, even oppressive na- ture of a port district.

The Filmoteca reflects the ambivalence of its exis- tence. It addresses the structures of the past without concealing the force of its presence.

Its relation with the setting was determinant in defining the volume of the building. The project works with scale, allowing the buil- ding to relate formally with neighbouring constructions and prompting the decision to underground the cinemas. The ground floor is designed as a passageway for users of the film theatre, connecting the street on one side to the plaza on the other. The Plaça de Salvador Seguí, in front of the building, is a new space that introduces light and air into the area.

The building compresses the narrow, complex existing structures and, as a counterpoint, the side façades create a new and intimate space: a series of porches protected by projections.

The structural layout is the product of the organization of space around two volumes with rectangular floor plans. One is capped at ground floor level and the other rise up above the plaza.

The longitudinal façades confine the above-grade volume, whereas the end façades fold over themselves, producing a series of projecting volumes.

The functional requirements and spatial conception of the building rule out the use of intermediates supports in the undergrounded volume, for various reasons:

- This volume houses the cinemas, calling for large spaces without pillars or structural walls

- The volume above ground creates a series of transparencies that draw light inside the building.

. The structure is generated by two planes that correspond to the two outer longitudinal walls. The parts of the walls below grade are given a more conventional treatment, as they are retaining walls, whereas the parts that emerge above are “sculpted” by the demands of the spaces they form.

The structure organizes the whole building: the main façades are two screen walls that free up the ground and second floors of pillars, as each is suspended from the floor above by metal ties. The end walls are cantilevered to create more space in the streets they delimit.

Between each pair of walls are ranged cross beams that have been post-tensioned to reduce their depth. These beams also sup- port conventional solid slab floors.

The basalt stone covering Plaça de Salvador Seguí, arranged in the style of Portuguese pavements, makes its way into the foyer of the film theatre, connecting the exterior with the inside. The spacious foyer is lit via panoramic openings that frame the immediate urban landscape, like CinemaScope screens. The Filmoteca is designed as a series of filters and screens positioned in the façades that mediate between inside and out, laterally and top to bottom.

Descending to the first basement floor we find the temporary exhibition gallery and seminar rooms. Continuing down to the second basement, we come to the two cinemas. The descent to the underground floors is characterized by darkness, into which mirrors, glass and light-coloured surfaces introduce light.

The building is envisaged as a series of filters and screens, exterior as well as interior. Its relation with the exterior is mediated by a series of patterns made of wire and perforated metal sheet that filter daylight and give the occupants privacy, allowing them to look without being seen. Inside, the use of filters continues on the upper floors; coloured glass screens divide the space and, like the filters and diaphragms used in film cameras, control the intensity and the colour of natural light. 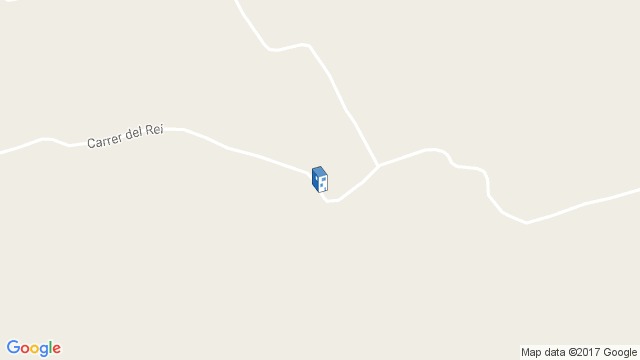 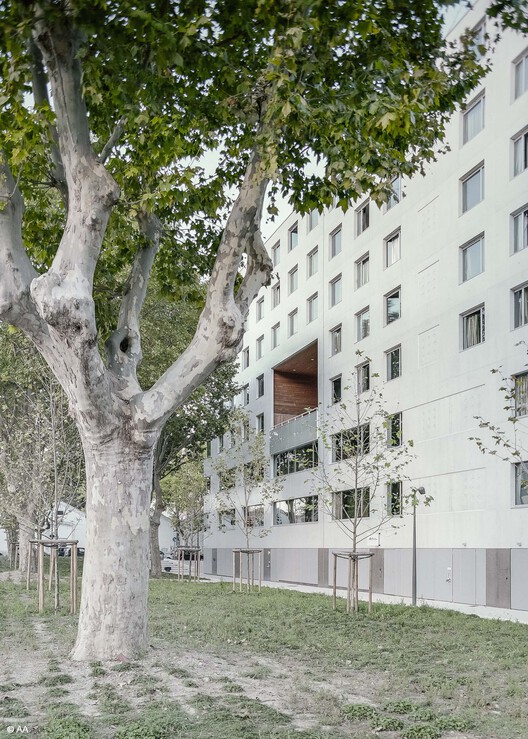