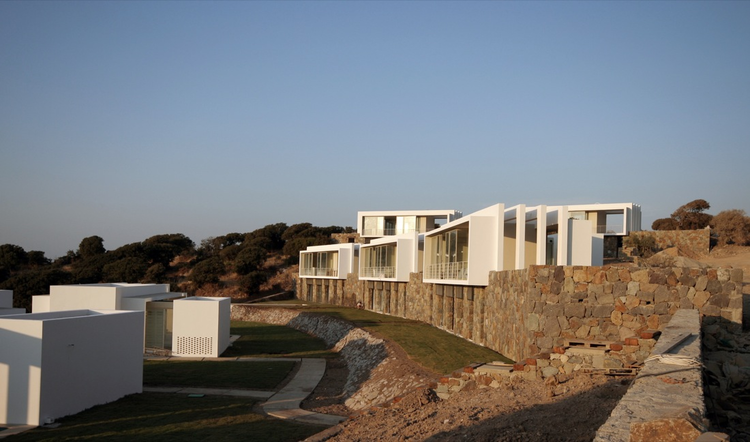 Text description provided by the architects. Situated on the bare slopes of Bodrum Peninsula, the initial awareness arose during the first site visit; that the extensive, wildly beautiful views towards the Mediterranean unfolded following the contour lines of the topography.

This lead us create a settlement in the form of a giant open air theatre, where each level following the curve of the slopes constituted a continuous retaining wall out of stone. The detached houses are aligned along these walls, resting on them in a rythm as if single storey structures.

Upstairs, it is only a frame suspended in air, projecting towards the Mediterranean. The eye reads the topographical movements clearly following the continuous line of stone walls, curving as the slopes do, one over the other. As the levels escalate uphill, the houses watch the spectacle without visual interruption. 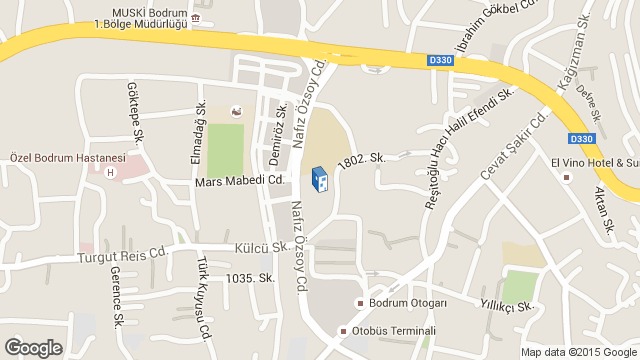