BIG has unveiled new plans for the Kimball Art Center in Park City, Utah. Departing from his original competition winning design, a twisted 76-foot tall log cabin whose height caused its demise due to public disapproval, the new scheme will now top out at a more modest 46-feet as two slanted concrete walls lift towards the sky and expose the center’s interior to the historic Old Main Street.

"The building seems to rise with Main Street and the mountain landscape, while bowing down to match the scale of the existing Kimball," described Bjarke Ingels in a statement.

Originally built within the confines of former Kimball Bros. auto garage, BIG’s design will nearly double the center in size. At 30,000 square feet, the new space will add over 9,000 square feet of museum and exhibition space, large social and flexible use areas, a 4,000 foot Children’s Interactive Discovery Center, and a 3,000 square foot educational studio, as well as expanded administration and support areas. In addition to this, upper galleries will be fitted with a new outdoor exhibition space that occupies the roof of the former garage and frames stunning views of the surrounding Wasatch Mountains.

Contingent on city approval, construction is scheduled to begin in 2015. 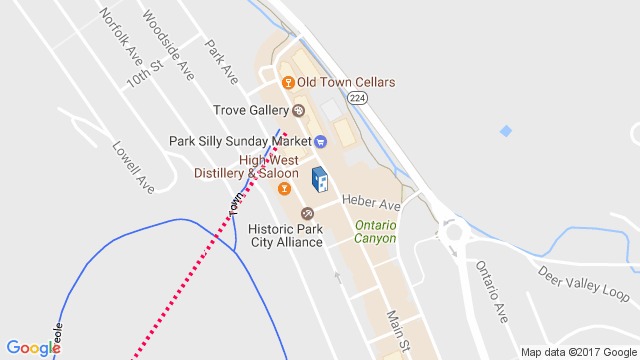