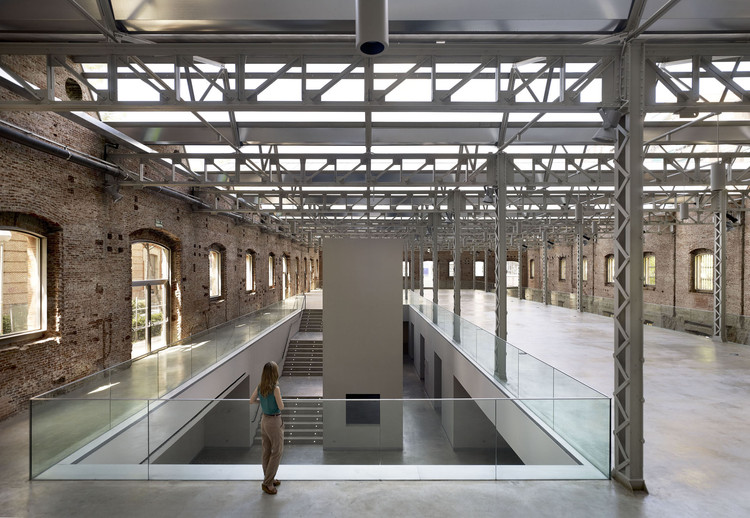 Text description provided by the architects. As part of the Daoiz y Verlarde complex of former barracks the objective is to preserve the architecture; a representative sample of Madrid’s industrial and military heritage.

From the start, the idea was to respect the basic geometry of the existing building, as well as its saw-tooth metal structure and the brick-built façade. The interior space has been emptied to create a container for the Cultural Centre, which is divided into two areas with separate entry points and circulation areas, but with a strong visual and spatial connection between them, and the possibility of their adaptation to different types of events.

A newly created intermediate space separates the former container from the new uses to bring the character of the existing building to the fore and set up a protective filter with the exterior. These intervening spaces establish visual connections that foster variations in the spatial experience.

A generous communal space has been created at the entry points; a place for meeting, information and exhibitions, which works as a covered agora, as if the square outside extended into the building.

A hi-tech roof has been developed to take the best advantage of natural light and ventilation.

The refurbishment of this former industrial building, and abandoned barracks, has been made in a sustainable way as regards energy efficiency and the integration of renewable energy capture systems.

The existing brick façade has been respected, as has the structure of the roof built from metal profiles, and a new structure of concrete slabs has been created, which will be used for the HVAC of the building through its thermo-activation. The existing roof truss and its metal pillars remained suspended in the air while the rest of the interior of the building was completed.

Geothermal renewable energy is used to heat and cool the building, and the air-ground exchanger works as a pre-treatment mechanism for the primary renewal air.

The final energy cost of the building, employing this type of HVAC systems, is far lower than it would be otherwise using conventional systems. 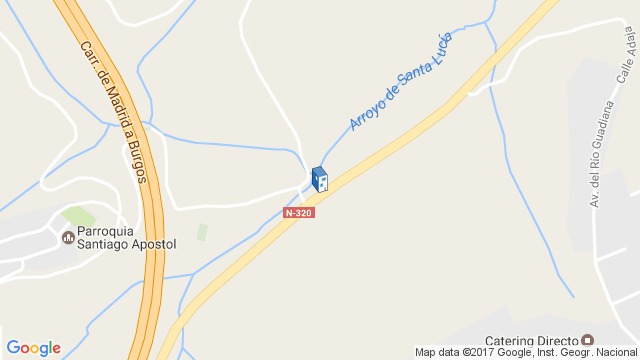 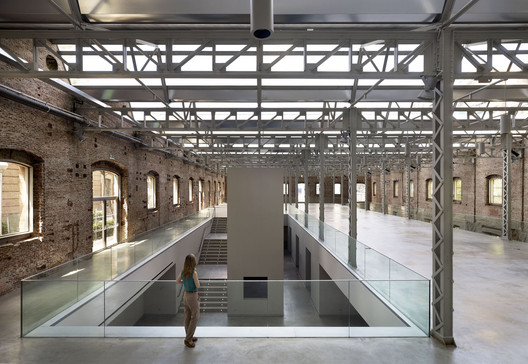