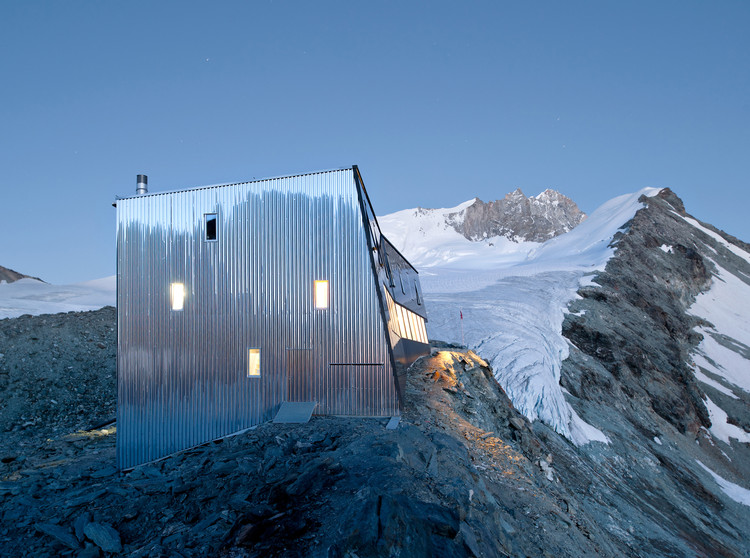 Text description provided by the architects. The tracuit mountain hut (altitude 3256 metres) belongs to the chaussy section of the swiss alpine club and is situated in the val d’anniviers, in the heart of the valaisan alps. Its superb position makes it the ideal starting-point for climbing the bishorn, the weisshorn, and the tête de milon. The hut was built in 1929 and enlarged several times to cope with a constant increase in guest numbers and expected levels of comfort. Current requirements concerning health and safety, staffing, facilities, and environmental protection meant that the hut needed to be enlarged and completely refurbished. As transforming the existing hut would have produced a significant cost overhead, the club decided to build a new one. The design was chosen via an architectural competition.

The nature of the site, between a cliff and a glacier, defined the position and shape of the new hut, which is constructed along the ridge above the cliff, fitting in with the site’s topography. The south façade of the building extends from the cliff and works like a large solar collector, being either glazed or covered with solar panels to make maximum use of solar energy. The other façades reflect the surrounding landscape. From the refectory, guests enjoy an uninterrupted, plunging view over the val de zinal.

At this altitude, the construction methods had to be adapted to the adverse weather conditions and to the means of transport available. As transporting concrete is particularly expensive, its use was minimised and restricted largely to individual footings. The whole of the structural frame is of wood. The wall and floor components, consisting of studs/beams, insulation and cladding, were prefabricated in the factory and transported by helicopter for on-site assembly. Panels of stainless steel cladding protect the roof and outer walls from the elements. The east, west and north walls have only a few openings, reducing heat loss while providing optimum natural ventilation. Larger windows on the south wall, which is exposed to the sun, enable passive solar energy to be stored, and this wall is also covered with solar panels. During the work, the existing hut accommodated the usual guests and also the construction workers. At the end of the work, this outdated, energy-hungry building was taken down. The lower part of the walls remains, with the south wall delimiting the terrace and protecting its users from the wind.

Via its large area of solar panels and south-facing glazing, the building makes maximum use of solar radiation. The compact shape of the building and efficient wall insulation reduce heat loss. Low-tech ventilation is used to recover the significant amount of heat emitted by the building’s occupants, while making it more comfortable and preventing any problems with mould growth in premises that are closed for several months of the year. 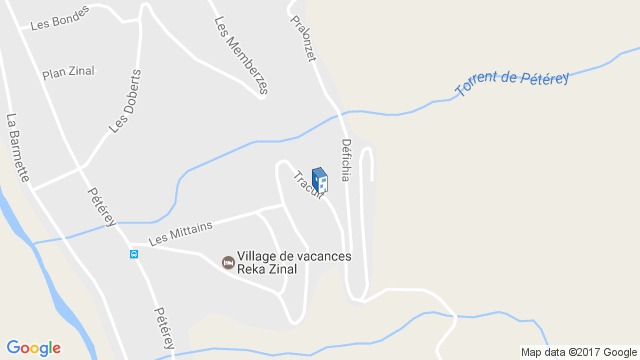