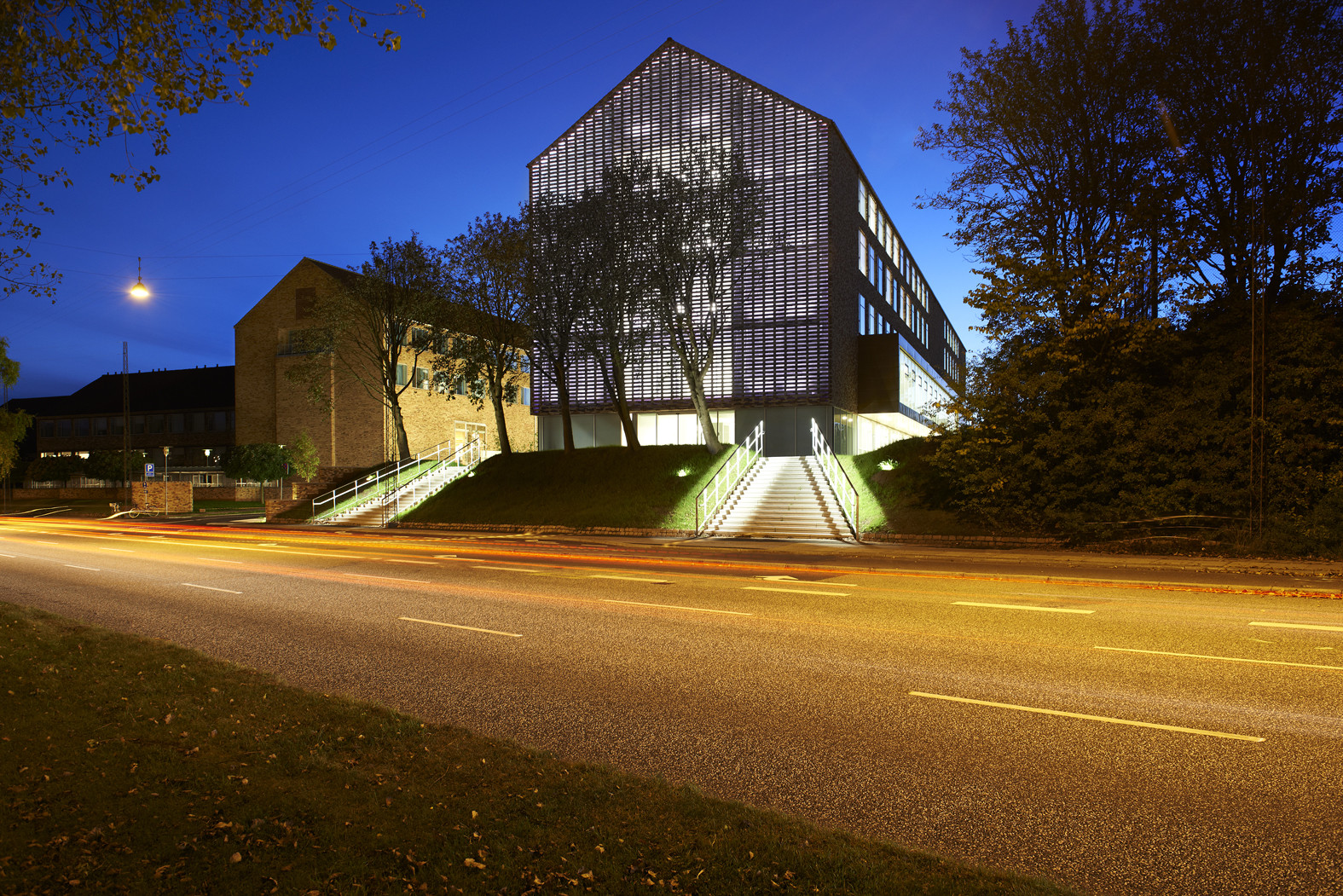 Text description provided by the architects. The Campus at Aarhus University is renowned for the superb architectural heritage. Erected in the 1930s, the architecture of the University is modern and anti-monumental, as an organic interpretation of the open campus in the center of a city. It provides distinctive and solid evidence of how a major structure in an urban context can develop with beauty and with soul over a period of more than 70 years. Cubo has continued this tradition in the recent additions to the campus and the designs of the new faculties in this listed context was and still is challenging and commanding.

The School of Business and Social Sciences is a broad business school and one of the four main academic faculties at Aarhus University. In the new main entrance building the architectural bonds to the given surroundings is evident, but they appear with modest though clearly distinctive features. As a main motif of the University the gables represent an important key to the understanding of the architectural language.

The nerve of the new building – and the focal point of the Business and Social Sciences campus -  Showing image 1 of 10 is the open multi-purpose area stretching throughout the length of the building like a pedestrian street. The area is two storeys high and connects the outside street level with the campus main “street”. Here the canteen caters for the campus people, and the area also serves as a venue for conferences, lectures and concerts with a seating capacity of 1000 and a stage area that can be raised or lowered, depending on the situation. Kitchen and buffet situated behind the open transparent stairway forms the vertical connection in the building.

To ensure a uniform distribution and the right variation of colors in all the façades, six different types of bricks from three different brickyards were supplied ready-mixed. The colors resembles the expression of the original buildings by C.F. Møller from 1963, which have coal burnt bricks as opposed to the gas burnt bricks used in the newer buildings.

Aarhus University's student building was inaugurated in August 2012, and was awarded the City of Aarhus 2012 Architecture Prize on 1 October. The jury particularly focused on the accommodating atmosphere of Building S and also stressed the features and its contribution to campus: a daily meeting place for students, an architecturally well-proportioned and beautiful addition to the university campus, new study areas and a venue for big parties and other events. 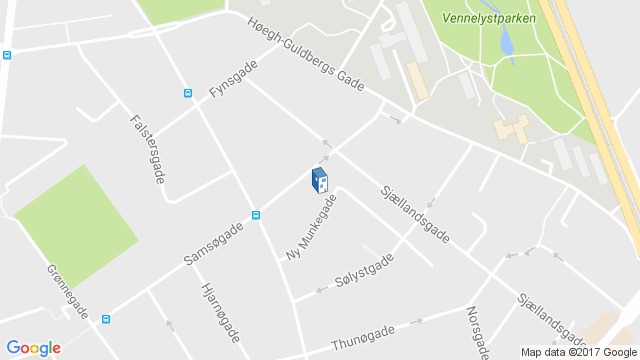