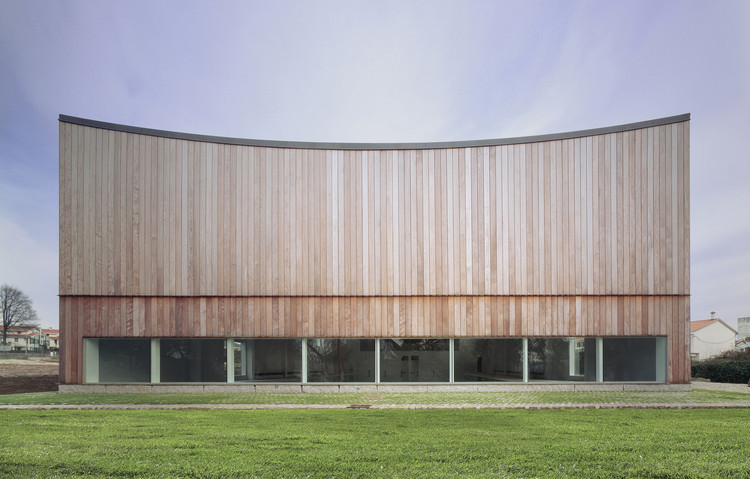 Text description provided by the architects. To provide the small rural sites of the area with sport facilities, the authorities called an architectural competition for a prototype that could be reproduced on minimal budgets in different municipalities.

Thought out as a generic solution for a place with no given features, the proposal indirectly alludes to rain as the common denominator in the Galician landscape. A convex roof shaped as a large gutter is thus proposed as the identifying feature of a project which, on the other hand, is marked by its compactness and capacity to adapt to different urban features.

Put together in a single building, two double-height volumes respectively contains the gymnasium and the swimming pool. Between them, a volume containing the kitchen, the cafeteria and the restaurant is inserted as a bridge leading to them through two openings that echo the shape of the section.

The dressing rooms, sauna, and first-aid room are located below this area, on the first floor. The project’s second group of unvarying elements is constituted by two large openings in the lower part of the side facades which invite the landscape into the gymnasium and swimming pool, respectively. In the same way, other horizontal windows in the upper part illuminate the ceiling surface, underscoring the roof’s autonomy from the rest of the building.

One same structural frame formed by concrete pillars and a curved beam of laminated wood geometrically supports the varying section of the roof, whose water channeling function is marked by the large exterior drainpipe on one of the building’s corners. 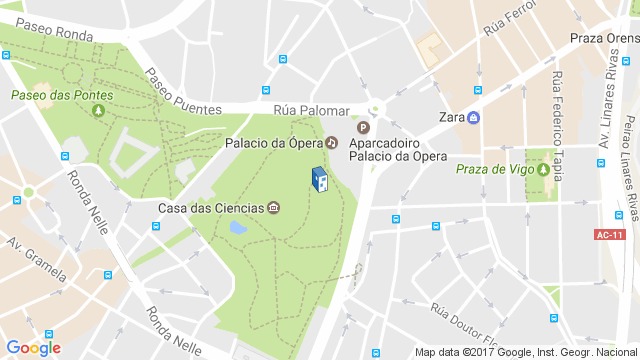