The winning proposal, which will be installed 600 meters from the statue of the Virgin Mary, will be 140 meters high and made up of 11 rings that encircle antennas installed in five masts and three towers, which currently host the emissions of 10 television channels and 33 radio stations. One of the salient features of the winning proposal is the lightness of the structure, which allows it to become an icon without affecting its context, such as the silhouette of the hill and the statue of the Virgin. The design also includes a public terrace and pond while also accounting for lighting at night for the main structure as well as different services for visitors, including a café, shop, ticket office, and public restrooms.

We propose to build a HYBRID object on the top of the hill, so that the hilltop remains whole. The appearance will be between a tower and an antenna, between a stable and recognizable body and one that is unstable and restless.This hybrid is more a GHOST than a column. It is the SKELETON of a ghost of a column.

Conceptually its form does not propose anything novel for the FUTURE, nor does its figure appear graspable in the PRESENT. Its message is clearly confusing. Its shape comes from the recovery of certain past architectures that interest us: the formal instability of Buckminster Fuller's Tensegrity structures and Kenneth Snelson's sculptures, some of Vhuthemas' constructivist exercises, the polygonal spirals deployed in space by Aleksandr Rochenko, the craft of the models in the towers of Nieuwenhuys Constant, and even the atmosphere of Cedric Price's Aviary in London. All of these form the actual MEMORY of this object.

We believe that with this look back - this apparent REPETITION - the global and diffuse form of this urban object will not be lost in the consumption of a rapid SHOW, and will not compete with formal icons built in other cities, which is something desirable for a Santiago trying to establish its image in the world.

For the scale and size of the proposed project, its urban efficiency must be measured from both a very short and very far distance. All intermediate measures depend on these.

Our antenna will always be read as a transparent NON-LINEAR body, subtly changing thanks to its rotating structural modules, but formally ordered through the standard modulation of its components and its rings which float from their vertices, forming a virtual column throughout its height.

At night, each of the elements will be featured with illumination that changes each week in its density and color. This will allow the measure of TIME, much in the same way ancient bell towers measured the days.

Beneath the antenna, the public space tells the STORY of San Cristobal Hill's urbanization, marked by the occupation of its hilltops by the statue of the Virgin Mary in 1908, the Tupahue pool in 1966, the Antilén pool in 1976, and later, in 2009, the Neruda amphitheater.

The public terrace, the mirror of black water, and the public services (cafeteria, shop, ticket office, restrooms) that make up the public space are enclosed by heavy walls that crown the topography. In this way, the circulation within the Park is improved, and the panoramic viewpoint and observatory form one tourist destination, with pedestrian access from Mexico Plaza.

The program is distributed under the TOWER BASE scheme, where all the Antenna's technical services are concentrated in a base that consists of three levels. The antenna tower remains isolated as a technical structure, adjacent to this volume. Both elements are united by some minor adjustments in the terrain and the public terrace.

It is important to clarify that public circulation is always external and topographic; however technical circulation is interior, technicians can access these spaces via parking lots located in the first level of the building's base.

The antenna is 140 meters high. Its 11 rings are 11.5 meters in diameter to account for the distribution of radio, television and microwave antennas.

Each ring has two levels of antennas in its outer perimeter separated by a height of 6 meters. This allows the 16 antennas to be placed in each ring without causing interference. Due to the special geometry of the antenna, some of these rings have slopes of no more than 8%. Tangentially connected to these rings is an 0.6 square meter shaft, which feeds power to the tower and provides an elevator-like platform that will lift the elements necessary for the assembly of the antennas.

The tower's structure is based on the principle of tensional integrity, or  tensegrity, formed by Buckminster Fuller in the mid-twentieth century. In such structures the compressed elements are embedded in a tensile network, spatially delineating the system and reversing the HABITUAL perception of a cross-linked structure.

The compressed and tensile elements are explicitly distinct, giving dynamic formal possibilities to their rotation and height, despite the fact that these elements are standard in their measurements.

As in a conventional cross-linked structure, all elements are in compression or pure tension, i.e. they undergo no bending; additionally, all tensile elements are pre-loaded. This produces structures with an exceptionally high ratio of mass to stiffness.

We have calculated the structure considering the properties of the materials (steel) as well as the loads and overloads according to the provisions of Chilean law, resulting in the following specifications:

Compressed Elements: 12” tubes, with a thickness between 8 and 12 millimeters. These exist in three standard lengths (11.65 meters, 12.3 meters and 13 meters) that repeat in each level or structural module. 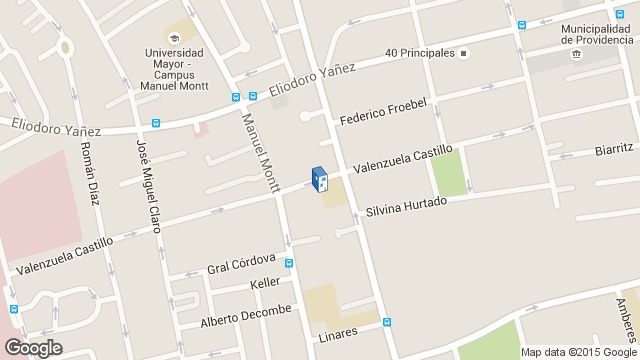