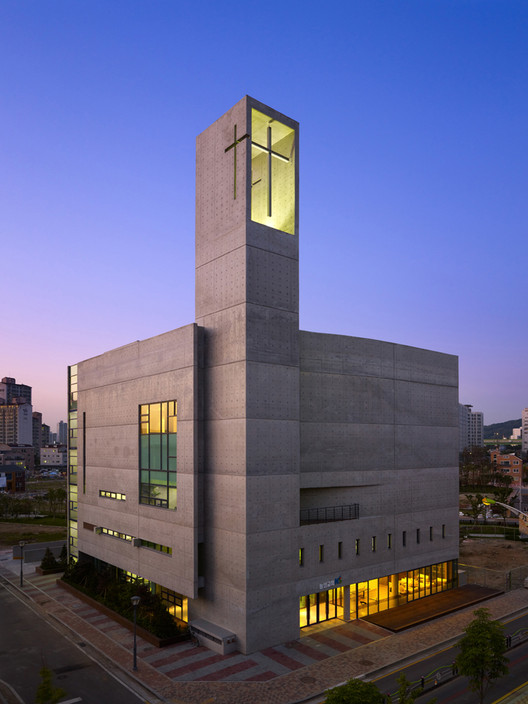 Text description provided by the architects. Simplicity, it begins from an aesthetic value of a volume.

If there are any architectural values that would never want to be lost when constructing a church building, they should be

First, to extract the most inspiring impression from only a simple shape of a basic volume.

Second, to create the most spacious space inside the church to make a return for the simplicity.

And third, to invite light to maximize a religious, spiritual atmosphere of the church.

Church built as simple as possible, it fits in with the surroundings.

While the building has an exit towards the two main streets, the glass wall of a café faces with the main street to invite people outside to the church itself, the city and the inside and outside spaces including both the religious life and the everyday life of those people. To the park, a kindergarten has been placed.

Various facades have been created based on only a simple volume.

The façade on the south signifies the symbolism of the church with the help of the vertical effect of the staircase. In addition, the curvy wall, determining the front of the façade, has every richness as the sun moves from the east to the west along with the wall.

The façade on the east pleases eyes of people with various façade effects as light enters the chapel. The façade on the north could not be more honest to externally reveal service traffic lines moving from the inside to the outside or vice versa while the façade on the west has been designed as a restrained opening to residing areas of the city.

The most primary purpose of a service area has been applied to the main chapel.

While so many churches, today, try to secure as many seats as possible for their members in such a limited space, they have come to lose a sense of devotion or comfort which should be felt in any chapel in the world. In fact, a balcony inside a chapel would weaken communal spirit of a group as it separates one space from another.

However, in case of Neul Sam Presbyterian Church, the chapel has been designed to look like an amphitheater towards a stage which helps the church to keep its own visual pleasantness. Because of that particular design of the chapel, Neul Sam Presbyterian Church is now able to serve its people well enough with any church functions as it opens itself to any people from anywhere to help them to worship God. 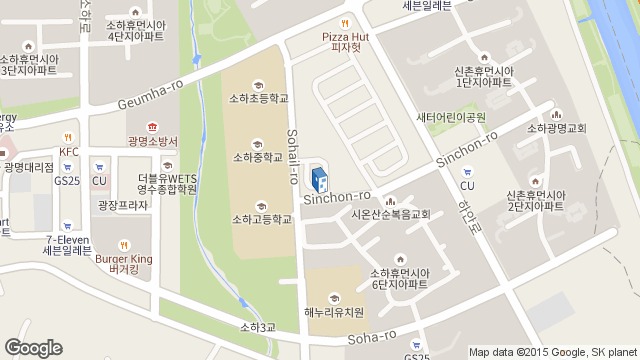