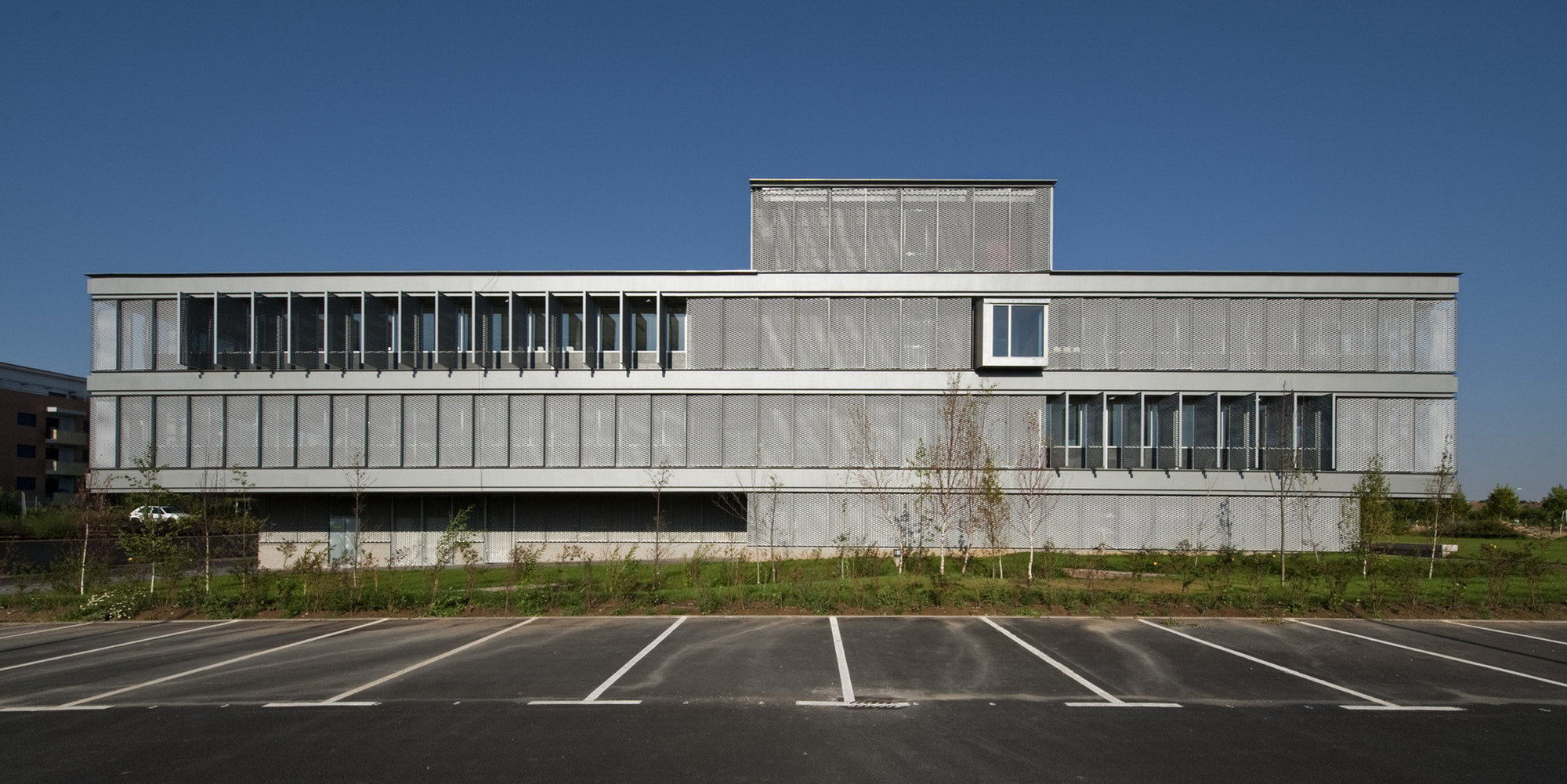 Text description provided by the architects. The M2 building is located in the Science Park of the University of Salamanca, in its Villamayor campus. The volumetric layout of the plot was set by the technical facilities, with five prismatic buildings arranged in parallel, oriented to the north-south, leaving a large garden area over 30 meters wide to the south, facing the road.

The building has three floors, with the ground floor facade set back 2,90 m along most of the perimeter relative to the upper floors, thus leaving a perimeter arcaded area, slightly sunken for the purpose of reducing the building impact in this flood plain.

We design a double metal skin that defines the architectural character of the building. It consists of a lightweight outer skin composed of motorized mobile steel sheet panels, that allow controlling the light and sunlight levels inside the building. A second skin of slate and glass is separated from the inner layer, leaving a metal service catwalk in between to allow air circulation. It has a variable width, according to different orientations, to solve the problems of direct sunlight.

Inside the building is organized around a large circular lobby that includes the three levels, dominated by an inverted conical wooden skylight that lets in filtered and warm light. This space leads to the work areas, designed as open spaces with a glazed perimeter, lit and organized by interiors courtyards. 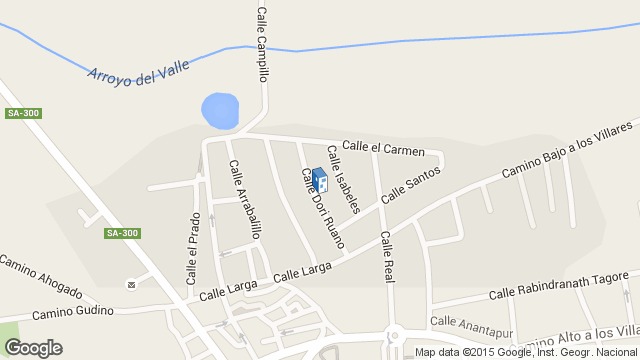