"We prepared carefully and picked an appropriate date, the Chinese New Year day. At that time the security was less watchful, workers were on vacations, and cranes did not work. We got to the crane at around midnight. [...] The result you can see in our new video."

Those are the rather unassuming words of Vitaliy Raskalov, a Ukrainian "roof-hacker, urban-explorer, blogger" who has just pulled off an extraordinary, jaw-dropping stunt (way more incredible than his humble words would suggest).

Raskalov and Russian photographer Vadim Mahora broke into and climbed the Gensler-designed Shanghai Tower, soon to be China’s tallest and the world’s second tallest skyscraper at 632 meters (2,074 feet) high. Although the tower will eventually boast the world's fastest elevators (reaching 40mph), the pair had to climb the 120 flights of stairs by foot (taking them about two hours); they then spent another 18 hours sleeping and waiting for the weather to clear. The staggering resulting images show not just the dizzying heights, but also fantastic views of the adjacent Jin Mao Tower and Shanghai World Financial Center (together, the trio of buildings that are re-defining the Shanghai skyline).

Check out the incredible images, after the break. 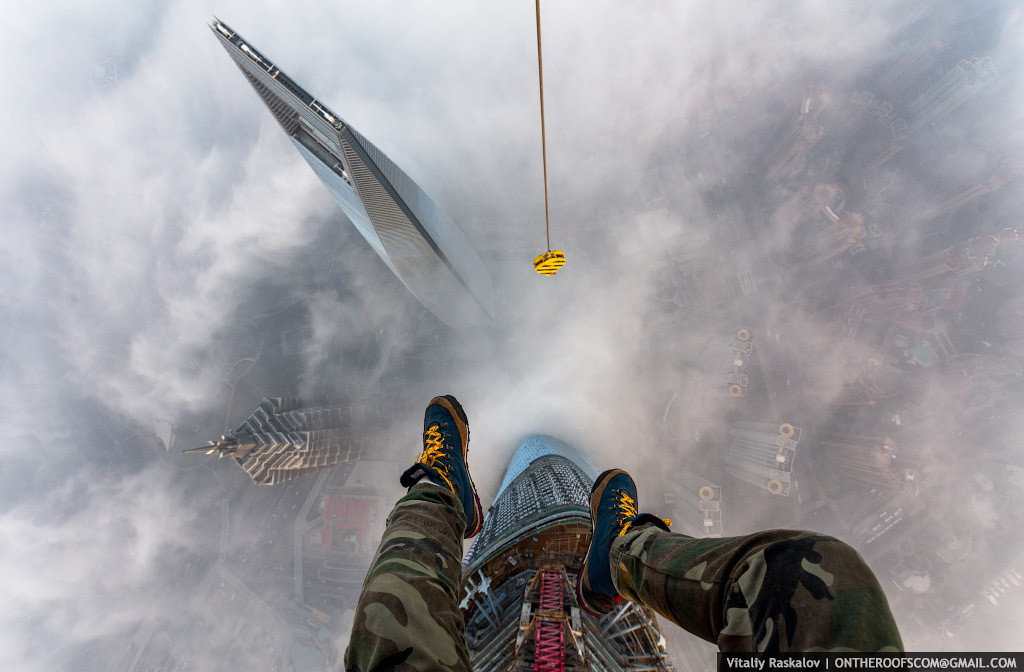